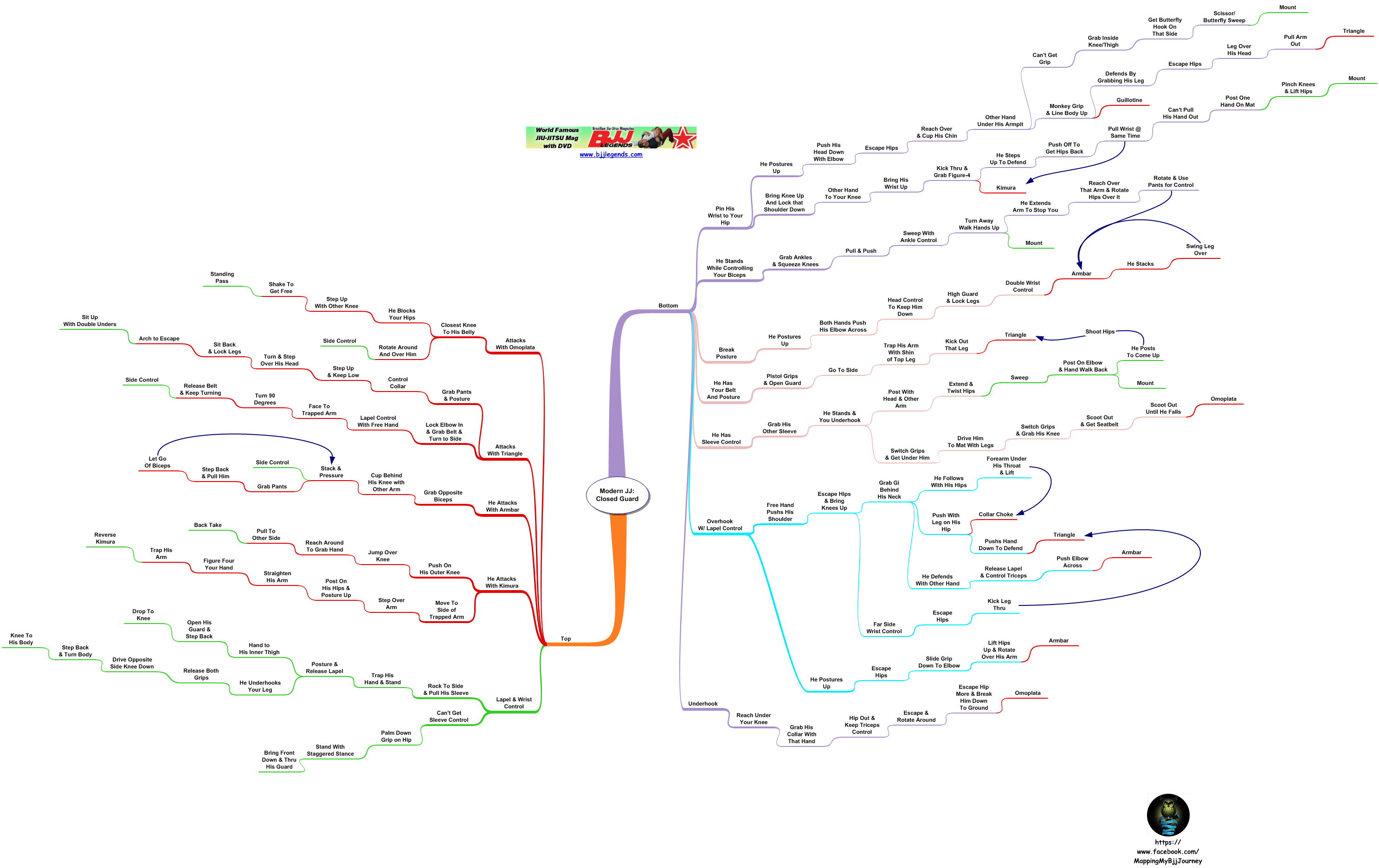 Overview
In the words of the man himself, “Modern Jiu Jitsu, as my DVD illustrates, isn’t new jiu jitsu just a better way to do the things we have always been doing. We aren’t reinventing the wheel, we are using better application of technique to make the wheel better.”  Caio Terra

Caio Terra’s Modern Jiu Jitsu series was released in early 2012 to almost universal praise (also here).  The set is available as 4 DVDs or 8 apps from iTunes and is available at Mobile Black Belt.  This set has already gained the reputation as a go to instructional for beginner to intermediate practitioners.  The combination of stunning visuals, first-rate audio and expert instruction ensures that this set will stand the test of time.  In this article, I’ll be covering the entire set.  Included will be my easy to follow mindmaps (flow charts) that can be downloaded from a link at the end of the article.

Technical Aspects:
The videos are all shot in true HD.  I’ve watched them on my iPad and on an HD television.  In both cases the visuals are best in class.  Multiple angles and slow-motion replays are used effectively to fully demonstrate the techniques.  The audio is of a similar high quality.  You’re able to hear the rustle of feet and gi on the mats, which I’ll have to admit it pretty cool.  Caio’s commentary is concise and easily understood as well.

Instruction:
I don’t think that anyone can argue that Caio doesn’t know what he’s doing.  Caio not only earned his black belt in less than 5 years but he’s proved his ability and technique in competitions dozens of times at the highest levels.  Caio’s style is highly technical which translates well to instructionals and the techniques shown typically build off those previously shown.  The techniques shown would be ideal for white and blue belts looking to fill in some holes.  For higher belts the instructional gives an excellent example of how to effectively break down and teach a technique.

Conclusion:
You may have noticed that I really like this set.  Of the dozens (and dozens) of instructionals that I’ve watched this is the best general purpose DVD I have (i.e. not specific to a single position or submission).  The production value is easily the best I’ve seen and the material covered is exceptional as well.  The Modern Jiu Jitsu can be used to effectively learn new techniques, as a reference for techniques you’re already familiar with and as a primer on how to teach the techniques described.  DVD set is $129.95 and the Apps can be found here (prices vary based on length).  Be sure to take a few moments and check out Mobile Black Belts website, Facebook, Twitter and YouTube.  More on Caio can be found at his website, Facebook, Twitter and YouTube.

The full set of maps as high-res images and PDFs is available at the download link below.

Flowchart/Mindmap: How To Defeat Bigger, Stronger Opponents by Emily Kwok