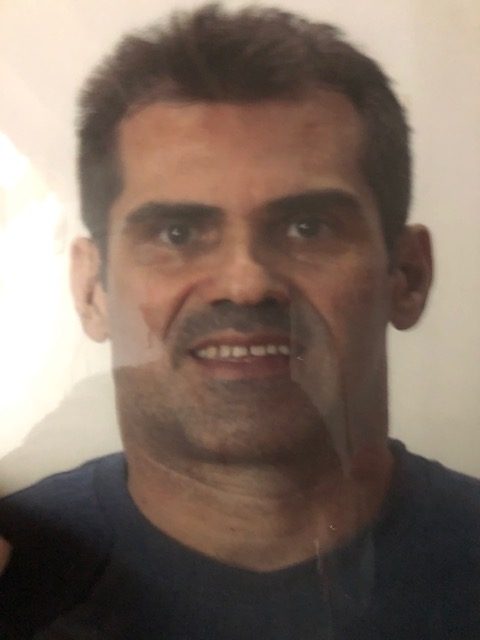 Franco de Camargo is the co-founder of one of the first Brazilian Jiu-Jitsu schools in Orange County, California. His school, OC Carlson Gracie, now run by Troy Acker, is still in the same building and going strong some 27 years later. The school has produced many tournament and MMA fighters. Franco’s life and career were cut short when he passed in 2008 from leukemia.

Nickname: “The Tailor” from Kid Peligro because he ripped his training partner’s gi while passing the guard. This was in their early days while training private lessons with Rickson Gracie.

Favorite Position/Technique: Knee on the belly to step over choke

Franco de Camargo was born in a small town in Aggise, Sao Paulo, Brazil, on December 24th, 1961. Franco moved to the US in the late ’80s and started training with Joe Moriera, from who he received his blue belt. He began taking private lessons with Rickson Gracie in Laguna Niguel while working at a supermarket as a butcher. Franco teamed up with Professor Allan Goes to open a school in Orange, CA, in October 1994. This school was one of the first Brazilian Jiu-Jitsu schools in Orange County, California. It is still open today. Ken Gabrielson and Allan Goes also opened schools in Orange County around this time. Franco received his purple and brown belt from professor Goes. Franco received his black belt from Master Carlson Gracie Sr. in Nov of 1998, with the blessings from good friends Wallid Ismail and Allan Goes. He ran a successful school. His school has placed at least 1 competitor on the medal podium at the IBJJF Pan Jiu-Jitsu tournament every year since 2003.

Franco was diagnosed with cancer (leukemia) but kept the diagnosis a secret, assuming he would beat it. Unfortunately, Franco passed on September 15th, 2008, at the age of 46. He was a devout believer in the Lord. He has one son, Bryce de Camargo.