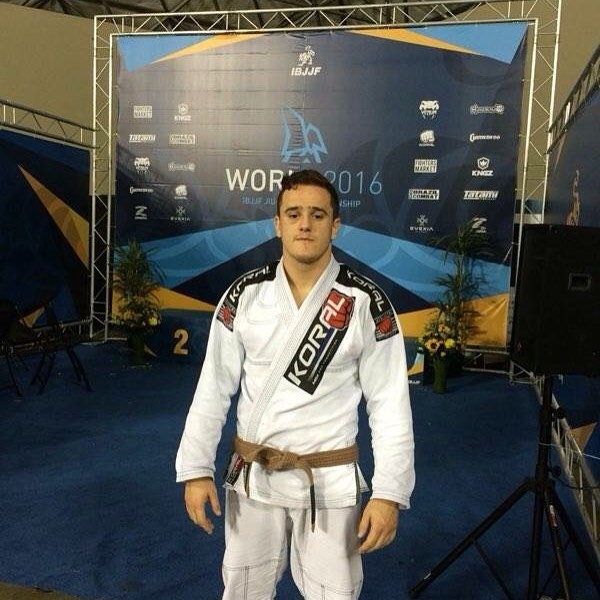 Everyone has a calling they are destined to pursue in life. Far from an overnight completion, the process carries many lessons that keep us alive, adventurous, and unique in that quest of turning our dreams into a reality. Fabricio Machado is no stranger to this process. Since day one he has always dreamed BIG, always pushing to achieve his goals. These goals have taken him on a uphill journey to where he is today. Fabricio Machado has been an active Brazilian Jiu-jitsu practitioner for over eleven years. Introduced to the grappling arts at the age of sixteen, it would only take one eye-opening introductory class to make BJJ a primary part of Machado’s life.

“I knew since the first day that BJJ was making an impact on my life, “he said. “I started training BJJ when I was 16 years old. I used to train Muay Thai and Taekwondo and I had a friend who used to train Jiu-jitsu. At first I didn’t believe in grappling until I finally took a class and got tapped like 50 times. It made me feel uncomfortable and I knew then that I needed to learn more. I got addicted quickly and trained at least twice a day since the beginning.”

Training, competing, and teaching living the BJJ Lifestyle was serving this enthusiastic practitioner quite well.  However Machado desired more opportunities in evolving his Jiu-jitsu and creating a better life for himself outside of grappling. Following his heart’s content Machado moved from his homeland of Pelotas, Brazil to the United States currently residing in Brea, California. Life in Southern California couldn’t be more fitting for the Brazilian migrant as some features in this new land are reminiscent of life in Brazil.

[At the moment the economy in] “Brazil is really bad in comparison to the United States. Second, the Brazilian culture in California reminds me of back home and makes me feel comfortable. Economically, there are more opportunities for Jiu-jitsu in the United States so the move is what made the most sense for me since Jiu-jitsu is my life.”

Machado’s migration to California also gave the Brazilian a new training home to continue his BJJ development. Now training out of Brea Jiu-jitsu under Dan Lukehart Machado has attained many personal and athletic benefits at his new training home. Fabricio couldn’t have asked for a better place to train.

“I met Dan Lukehart, owner of Brea Jiu-jitsu and quickly studied his analysis videos that are available on the internet. These videos intrigued me and I took an interest in the way he looks at Jiu-jitsu because he is very detailed and unique in the way he can breakdown a technique or sequence. I then visited the academy and asked Dan if I could stay here for a few weeks to which he said yes. I quickly made friends at the gym and fell in love with the environment both in the gym and the surrounding area.”

Growing in a positive training environment, surrounded by beautiful beaches, and meeting new friends it has been an amazing experience for Machado thus far living in the states. Yet the infatuation of his new found home hasn’t halted Machado in chasing his BJJ dreams. Making a strong presence on the competition circuit in the states Fabricio Machado has had great success thus far which accolades include becoming a NABJJF North American champion and IBJJF American National Champion at the brown belt level.

“I’m very happy of my achievements here in the U.S.  I’m sure that I will achieve all my goals in America. I have the best support group- coach Dan Lukehart is an amazing mentor and friend, and all the guys at Brea BJJ have become my closest friends. I am fortunate to have made strong connections in the short time that I have lived here.”

Dreaming big is all about having a purpose in life and becoming fulfilled in the process. The BJJ journey of Fabricio Machado showcases the possibilities of what happens when one follows their dreams.  Far from his ultimate goal expect to see a lot more from this ambitious Brazilian prospect as he looks to continue to build for ultimate success on and off the mat.

“I hope to become one of the best in the world not just as a competitor but as a leader as well. I also wish to help Dan Lukehart and Brea Jiu-jitsu in any way possible. In the future I wish to open my own academy and help build world champions who are not only successful in competition but in life as well.”

Daily Rickson Interview Series 11 of 24: Did you struggle with the path that was chosen for you?