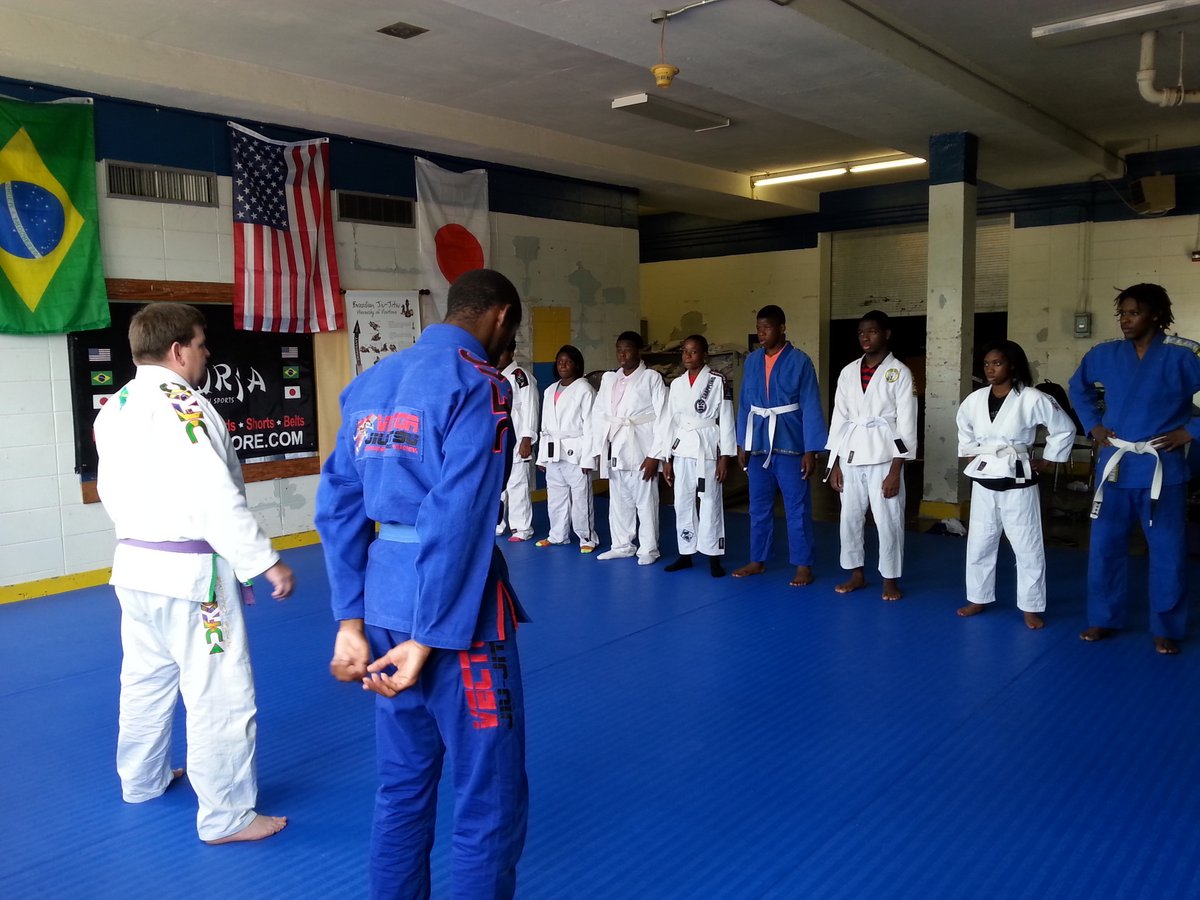 Vector Jiu-Jitsu Owners, Chris & Beth Thrasher, want to issue a challenge to every Jiu-Jitsu practitioner in the world: Donate $1 to support this Mississippi team so they can open a new independent facility so kids from any high school can join.

In recent months, the City of Jackson, Mississippi has been plagued by a staggering increase in criminal gang activity and gang recruiting.

Robbery, rape and murder are daily news headlines like never before.  Kids are killing kids for nothing out here. Too many of my high school math students discuss gang activity like it’s the only viable option for them.  We had grown men show up outside the high school where we train to beat up females in a massive 50+ person gang fight after school.  Parents are urging their children to fight each other, videotaping it, putting it on the internet and brandishing firearms… possibly the most disturbing part of these instances, is that not an eye is batted when firearms come out because the community is so desensitized to this level of depravity.

The time is now to prove that Jiu-Jitsu could save an entire city.  We are at a tipping point in our push to expand Vector Jiu-Jitsu.  Chris and I are working minor miracles with the teenagers we can get through the door.  Our ability to get kids through the door (i.e. promote the program) is limited by our ability to finance a larger, independent training space open to ALL kids in the city not just one high school – where too many young adults have become “set in their ways.”  Community leaders are aware of what we are doing, approve of it, but seem reticent to jump in with both feet to assist us.  I know in my heart if we can cultivate a large, eager group of elementary & middle school aged children, that Jiu-Jitsu could begin to turn around the culture of violence and hopelessness that envelopes this city.

We need to make noise, we need to leave our City Government and School District no choice but to take notice.  If we can show the people in power here that Jiu-Jitsu as a community alone is an agent for change.  I think we could get them to get behind matching funding for a Vector Jiu-Jitsu Facility in the city.  If everyone that reads this donates just $1, it would get the ball rolling for our organization.  Will you accept the challenge?

Here is a direct link to our program PayPal Account (we are a 501c3 nonprofit):
https://www.paypal.com/cgi-bin/webscr?cmd=_s-xclick&hosted_button_id=YWE2KMFRZ6H7L

Rolling to Tap Cancer Out