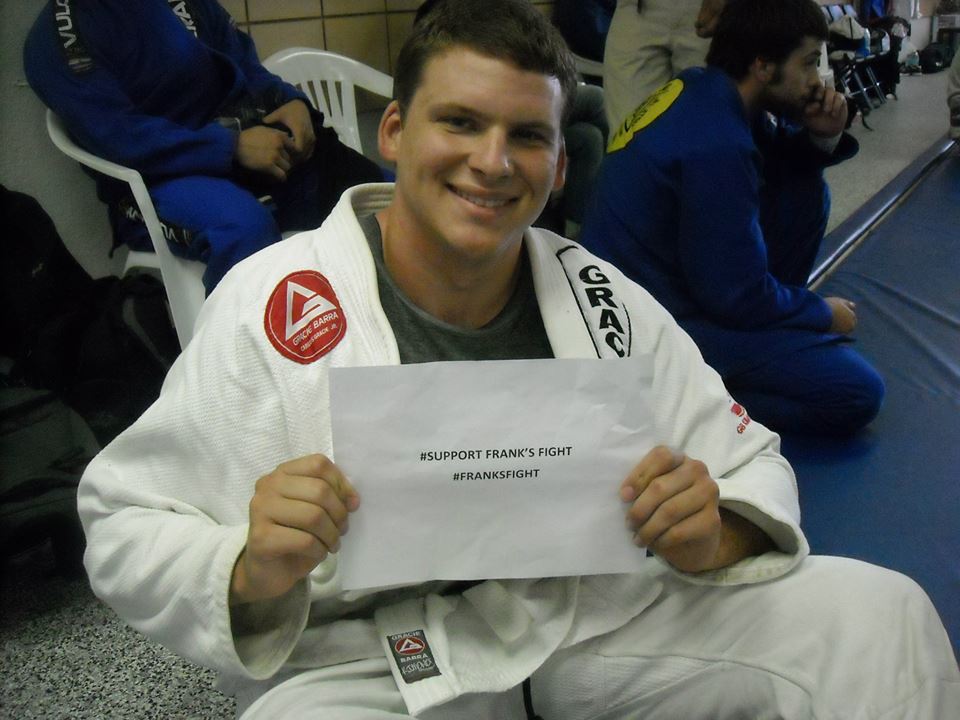 Giving and receiving are frequent sensations a practitioner will experience being involved in Brazilian Jiu-Jitsu. Employing the technique of giving August 24th marked a monumental day for the Jiu-Jitsu community in Southern California. Unifying together for a charitable rally Grapplethon 2 unveiled the true power of the strong support system that exists in our community through the event’s efforts in aiding cancer battling contender Frank Edge.

Hosted at Dan Lukehart’s Brea Jiu-Jitsu academy the event brought together over 67 grapplers from various schools such as Atos JJ, Ribeiro Jiu-Jitsu, Gracie Barra, amongst other we’ll established Jiu-Jitsu teams.

“It was truly a pleasure to host Grapplethon 2.” said event host Dan Lukehart. “The Grapplethon concept fits well with our gym’s philosophy and we want to support any attempt to bring the Jiu-Jitsu community together – particularly for such a great cause. Seeing so many people rally for somebody, most had never met, really shows how tightly knit our community is.”

The event’s humbling and friendly atmosphere could be felt once anyone walks into the room. In the mist of the great training along with the participants’ selfless commitment and care for one Frank Edge, many Grapplethon-ers walked away with not only a memorable experience but also an increase of growth in their own progression along their grappling journey through the various interactions they came across that day.

“This was my first chance to attend a Grapplethon.  I can say it won’t be my last,” said 52 year old white belt Matt Grant.  “I would be lying if I said I was not worried that someone was going to try to work me over or that I would just be ignored once I got there.  When the rolling started people came up to me and invited me to roll asked me if there was anything specific I wanted to work on and rolled to my level.  I ended up rolling about 12 times and even though I felt the pain the next day I felt that everyone was there for the purpose of helping Frank.”

“I was able to try my skills against other white & blue belts, while getting tips and tricks from some purple & black belts,” said Gracie Barra female white belt Tiffany Brain. “Grapplethon 2 made everyone a winner: we raised money for Frank, we practiced our craft, and we networked with some amazing people who share the same passion for BJJ.”

With charity profits generating $2,745 it’s safe to say Grapplethon 2 became a remarkable success. The dynamic presentation and atmosphere displayed on the mats at the Brea Jiu-Jitsu exhibited the characteristics of the kindness and unification amongst grapplers when responding to someone trapped in a dire situation.

Looking onward event organizer “MW” looks to continue the Grapplethon charity tradition which aspires to make a positive difference in many people lives.

“What I have learned from organizing these Grapplethon events is the concept of giving.” said MW. “The work of helping someone through these events must be done for the work and work alone which primary goal centers on bringing some light to dark circumstances individuals like Frank Edge is currently experiencing.”

Rolling to Tap Cancer Out