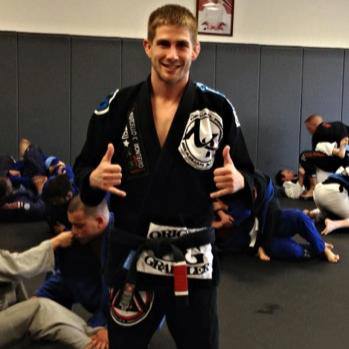 It’s quite common for an idea to spring up that brings forth a new surge of excitement inside the Brazilian Jiu-jitsu community. These ever-growing possibilities produce many avenues for individuals in chasing their grappling dreams which in hand contributes to the evolution of our sport itself for future generations.

Setting in motion a new trend in his region of Washington with the establishment known as the ”Chess On The Mat” BJJ Submission Championships creator Michael Proctor hopes to give practitioners a new experience in competing that all those training in the Northwest will certainly benefit from.

BJJ Legends got the opportunity to speak with Proctor as he touches on his journey as a grappler into creating the event and exclusive details on what makes this tournament one of its kind.

Tell us a little bit about yourself and your BJJ background?

Michael Proctor:  I’m a Brazilian Jiu-Jitsu Black Belt under Marcello C. Monteiro. I started training in 2001 and I’ve been training full-time since 2005. As a Blue Belt I basically started waking up and going to sleep on the mats. BJJ is all I do. I received my Black Belt November of 2012. I’m currently the Head Instructor at Brazilian Jiu-Jitsu of Tacoma.

From your experience coming up training and competing in Washington, what makes it a special place?

Michael Proctor:  I’ve been traveling since 2007 so I’ve had the opportunity to train in a lot of places, but I’ve always called the Pacific Northwest my home. The training scene here is intense because there’s such a huge diversity of competition. MMA Gyms, Taekwondo and Muay Thai Academies are all affiliating with somebody in Brazilian Jiu-Jitsu or Submission Grappling. No matter where you go, someone can look at your Cauliflower Ears and know what you do.

What do you feel is missing in the competition scene in your area?

Realizing these limited availabilities you just started your own tournament. Tell us about your event and how did the idea come about?

Michael Proctor: Our event is called ‘CHESS ON THE MAT’. It’s the first Invitational to what we call the BJJ SUBMISSION CHAMPIONSHIPS. ‘CHESS ON THE MAT’ was named to honor my Professor Marcello C. Monteiro and Master Ricardo De La Riva. The name was inspired by their DVD that they released in 2005. When I brought it up to the Professor he absolutely loved it so that’s how we came about.

Tacoma is the 2nd or 3rd largest city in Washington State, and in the 25+ years I’ve called it home, there’s never been a Brazilian Jiu-Jitsu or Submission tournament of any kind. I think it’s about time Tacoma opened some doors.

What is the tournament format that makes it unique?

Michael Proctor: BJJ SUBMISSION CHAMPIONSHIPS will feature both Gi and No-Gi competition. There will be no points counted within each match – the only way to win a match is by submission. If there is no submission, the match is considered a draw. This format showcases Brazilian Jiu-Jitsu and Submission Wrestling at its best. It doesn’t favor the takedown specialist, the controlled wrestler or the positional Brazilian Jiu-Jitsu competitor. Instead, it plays to the athlete that can complete submissions against an uncooperative opponent in a defined amount of time.

Each event will operate in a Round Robin format. All athletes within the same pool will compete against one another. This format, as opposed to an elimination tournament means more matches for each athlete.

At the end of each pool the points will be added up for each competitor to decide a definitive winner for 1st, 2nd & 3rd Place.

Based on the current rise of submission only tournaments, in your mind how does it bring out the best in the competitors and the overall event itself?

How will “Chess on the Mat “bring about a new excitement to the tournament scene in Washington?

Michael Proctor:  There aren’t many Submission-Only tournaments in Washington. With all of the point tournaments we need another option. Competitors don’t like to train hard for something that they can lose by a point or a referees call. We want to see people go for the finish. It’s more entertaining to compete in, and it’s much more entertaining to watch.  I’m really excited for our Absolute Divisions! They will be Open Weight-Open Skill brackets where size and level make no difference. This is a true Absolute Division, and possibilities are endless. There are four Title Belts up for grabs. One man & one woman will walk away with a Championship Belt in Absolute Gi & Absolute No Gi.

What are some of the benefits one can obtain from competing in this tournament?

Michael Proctor:  From an experience standpoint for the competitive grappler or the traditional martial artist, our tournament will provide a platform to truly test grappling and submission skills against an opponent that is fighting for the same finish. In terms of Prizes there will be 1st, 2nd, 3rd Place Medals for all Divisions and also four title Belts for Absolute Divisions, Men & Women Gi & No Gi.

What is the goal you hope to accomplish for this event?

Michael Proctor:  Our goals are the preservation and perpetuation of Brazilian Jiu-Jitsu and Submission Grappling in its purest form. It helps provide another option for local and non-local grapplers and martial artists to test their submission skills in a fun and competitive environment.

Any future plans for the “Chess on the Mat” BJJ Submission Championships?

Michael Proctor:  We plan to continue growing our events with an Invitational every 3-4 months!

Well that wraps up this interview thank you for your time Michael, is there anyone you would like to thank?

For more information about Michael Proctor and the Chess on the Mat tournament visit :

Tags: Chess On The Mat, Michael Proctor, Submission Only, Washington

UPDATE: Michael Proctor and Chess on the Mat Championships