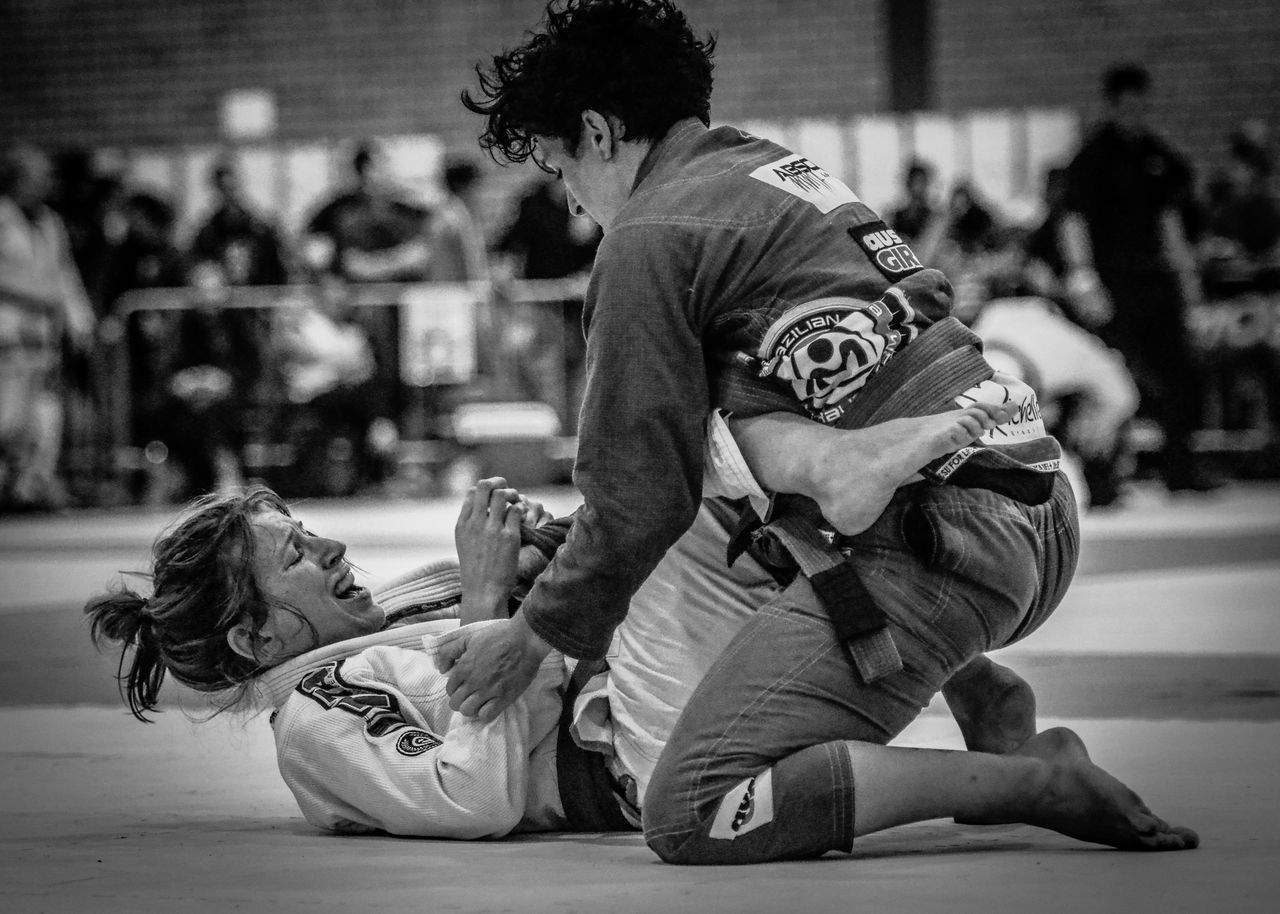 Brown belt Jess Fraser is the founder and driving force behind Australian Girls in Gi.  She is fiercely proud to be the leader and organizer of this groundbreaking group ~ which is currently (& forever will be) club and affiliate neutral.

Hi Jess, Thank you for taking the time out of your busy schedule to speak with us!!!

Tell us a bit about yourself. How long have you been doing BJJ, and why did you start?My name is Jess Fraser, I’m a Melbourne based brown belt training out of Dominance Mixed Martial Arts (come visit!). I have been training BJJ since 2010. I started BJJ because I wanted to be a badass. Physically, mentally, emotionally. I might be still working on all of that but I am absolutely loving the journey. Who would be your biggest influences both locally and internationally throughout your time in the BJJ Community? My biggest influences have been my coaches and team mates. They are essentially the sculptors of the artwork that is my game. Everyone is involved but most prominently my coach, David Hart, is the guy. He gave me my guard. Its pretty easy to spot that when you see me roll. Martin Gonzalez, my partner of 5 years is also a huge influence on my game. It is predominately his direction for my top game. Dave influences technical knowledge and is more open to my development & experimentation generally, Martin is competition prep, very strict, very serious, very uncompromising. Its an awesome combo, the best of both worlds. Both support me unwaveringly. Internationally, black belt and World Champion Sophia McDermott-Drysdale. She’s the inspiration and the trail blazer. She made me believe that Aussie girls can do just as well as the overseas girls. At competition and at quality of technique generally. She is super well rounded, smart, a mother, a business owner and ass kicker. Very influential on my goals.

You head up the AustralianGirlsInGi organization, tell us more about AGIG and how it came to be what it is today?Australian Girls in Gi is the largest female only grappling community of its kind in the world. We are a community group that aims to boost the retention of females within our sport. The group has a public Facebook page and website but the most important work of the group happens in a closed doors, female only, online group on Facebook. We use it as a forum. It is safe, moderated and welcoming. Here the 900+ Australian female members support each other, organize training, ask questions, become leaders, educate each other and share in their passion for the sport. Its an amazing thing to be a part of, let alone lead. To explain how we got here and to the incredible place we are today would take me hours. TL:DR version..first there was only a few. If you build it, they will come. haha. Our most recent event (Camp #5) hosted 120 women for 3 days. It was mind blowing and record breaking.You have a round robin format competition coming up this weekend in Perth, how many competitions do you run annually and what is the average age of the ladies competing?I run many competitions for a few different organizations each year but only one annual female only AGIG Comp. Each year up until now it has been hosted in Melbourne. I am extremely excited about bringing the event to Perth as the ladies scene in Perth is exploding. There are such strong numbers due to the tireless work of the ladies at Legion 13, also the AMMA Angels as well as our sister group, Babes N Belts.I wanted to give the women of WA the event that they deserve, totally dedicated to them, to show Australia that we see what they are doing and we want to reward it. Each of the AGIG events has girls from as young as 4 all the way through to women in their 50s. Its pretty special. What piece of advice would you give a lady thinking of giving Jiu-Jitsu a go for the first time?Grab a friend and phone a club. Almost every gym will have a free drop in to trial the class. Ask lots of questions over the phone before you come in. And don’t worry if you feel like you don’t know whats going on – if you’re having fun on that first night, you’re doing it right. Also, don’t be disheartened if you see no other women on the mats on your first day. The guys are awesome, wait n see, they’re honestly the coolest pack of big/little brothers ever and they’re soon to be your family. All they want to do is help you. The giving nature of this community is something that will blow your mind. Trust me. Just jump in. You wont regret it. Its the best thing I was ever bonkers enough to try.

What are the future plans for AGIG?We’re headed to the Gold Coast for a huge open mat two weeks after Perth (first weekend in June). Then we’re headed to the AIS for Wrestling Camp that next weekend. We’re also headed to Bali in July as a group. Rolling, surfing, eating, sleeping. Check Facebook for details. All welcome, men as well!Every month there is always an event and in a different State. We’re waiting on a venue to be finalized before we announce a crazy huge event coming in Sydney but its going to be amazing. Stay tuned and follow our page for more.Currently all the profits from Australia wide events are being pooled by myself and Hope Douglas (purple belt, myBJJ Sydney). Our goal is to afford to fly in a top Brazilian black belt female from the States with the money so that we can run a series of seminars Australia wide for our group members. Its going to be epic.For anyone reading today who may be interested how can they get in touch with AGIG or if they are international do you know of any similar organizations?Definitely head to AustralianGirlsInGi.com there are ‘get involved’ sections for both Australia and International that can link you to everything we’ve found over the past 5 years – including how to find the members group on Facebook. Thanks very much for your time Jess look forward to hearing more about AGIG in the future, is there anything else you would like to add?Make sure to get your entries in for the Round Robin tournament this weekend. You CANT register at the gate so jump in now!