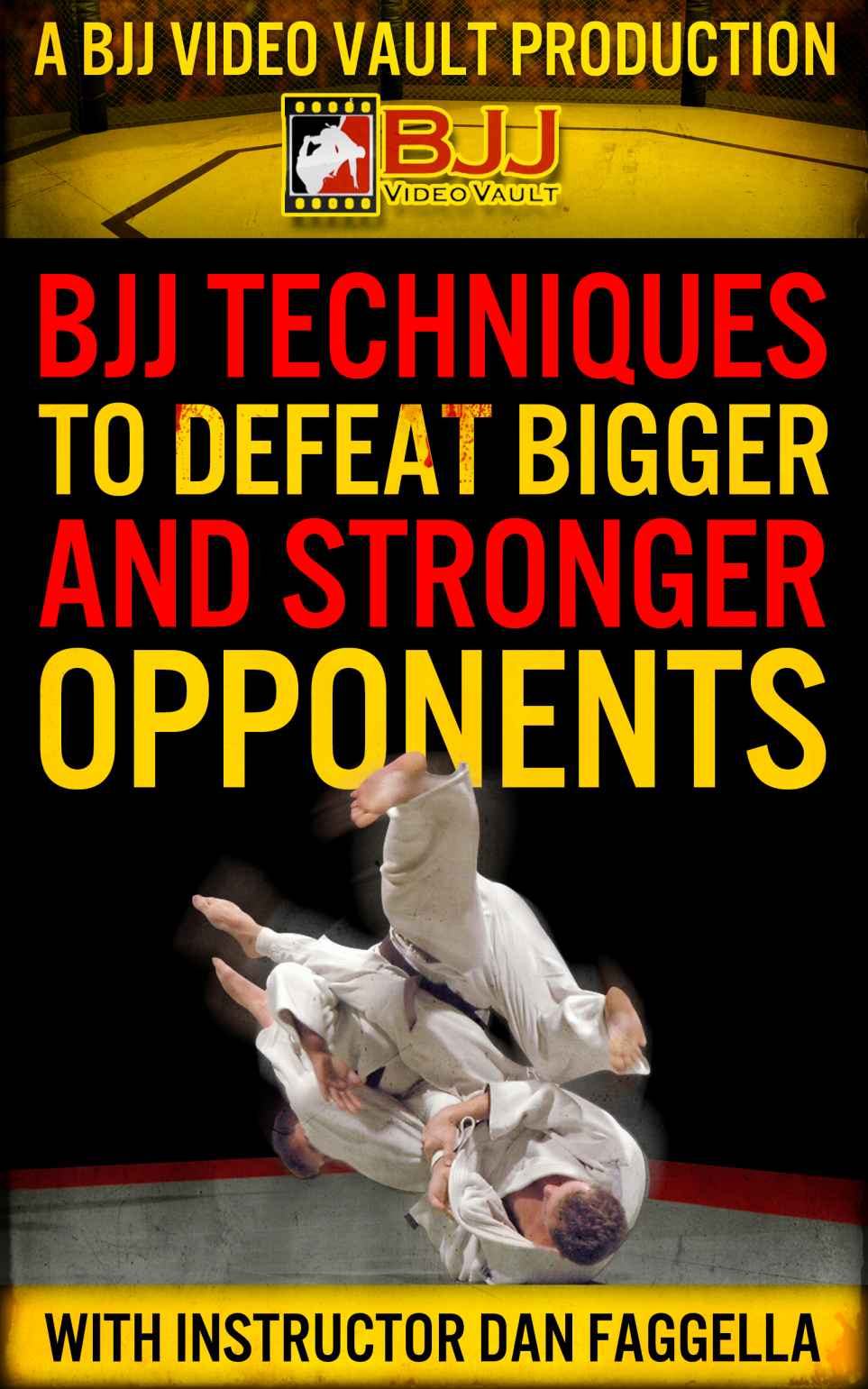 After his new book “BJJ Techniques to Defeat Bigger, Stronger Opponents” hit #1 under the entire category of “Martial Arts” at Amazon.com, BJJ Legends writer Daniel Faggella  sat down with us to talk about the book’s success, and his personal journey of putting the book together. Dan is a No Gi Pan Am Champion, expert division champion many times over, and one of the most prolific writers and interviewers in the BJJ world, having conducted dozens of interviews with world champions, and producing three books on combat sports skill development.

BJJ Legends: Dan, you’ve done a LOT of writing about beating bigger opponents in BJJ over the last number of years, why did you decide this year to finally put together the book?

Dan Faggella: Believe it or not, I like to say that this book has taken me four years to write. It was four years ago that I conducted some of my early interviews with Justin Rader, Ben Askren, Draculino, and many of my heroes in the world of grappling, and I’ve kept up the interview habit ever since. Over the past year, after teaching a ton of seminars and writing a lot of articles on this similar topic, I decided that I finally had a clean way to explain the core message.

BJJL: What was that core message for you, Dan?

DF: The message of this book is pretty simple. Statistically speaking, the game of beating bigger, stronger opponents is different from the “normal” game of winning at your own weight class. The sweeps, submissions, and positioning strategies that the best little-guys use to beat the best bigger grapplers are unique, and it’s a skill and strategy that’s teachable.

BJJL: I know you cover a lot of those differences in your new book – give the readers an idea of some of the factors that make this strategy unique.

DF: Cool, of course. First and foremost I always like to mention that what I lay out in the book is not just my ideas from “philosophizing” in BJJ – they were constructed mostly through interviews and analysis of the best BJJ “giant killers,” including Marcelo Garcia, Caio Terra, and others.

One of the first differences is submission strategy. Many lightweights are still trying to hit keylocks from side control or cross chokes from mount on opponents twice their size, when those particular submissions practically NEVER happen in real absolute divisions.

As a lighter fighter, you have to focus on submissions that involve as much of your force and pressure on as small an area on your opponent as possible. Good examples including going after an armbar (using your whole body against the opponent’s elbow) vs. going for a kimura (using your arms against the opponent’s shoulder), or preferring a guillotine choke to a brabo choke (brabo chokes involve trying to control a larger opponents shoulder AND neck, making your job harder).

BJJL: What is the major take-away that readers can expect to gain from reading your work?

DF: The biggest takeaway for folks is going to be a re-vamp of their overall strategy against bigger opponents. Between reading the insights of the best world champions and seeing some of the technical approaches for different positions, EVERY reader will see at least 2-3 ways to instantly up their success rate against bigger opponents. Maybe it will be a new back take, or a new (and PROVEN) submissions strategy from a specific position – but these little fixes will translate to big changes in the way smaller, weaker grapplers handle the big guys – and that’s what’s exciting for me. Of course practice will be critical, but the opportunities to improve from many of these insights is immediate. As a take-home message: The insights from these top world champions is as close to a “quick fix” as you can have on the mat.

BJJL: Dan, I appreciate you taking a minute to catch up about the book, and I hope we see another one from you in the NEXT 4 years!

DF: Haha, yes thank you guys, with the pace I’m at now it could be even sooner! Thanks for having me on.

For anyone interested in learning the strategies Dan is giving away a Free copy of his “The Bigger They Are, the Harder They Fall” BJJ DVD on his website (www.MicroBJJ.com/David). In addition, you can grab a copy of Dan’s book on Amazon here: http://amzn.to/17R7lWM.

Dan is a brown belt under Alexandre Soca in Rhode Island and owner of Black Diamond MMA. He is a writer contributor to BJJ Legends Magazine.

Book Review:FLOWING WITH THE GO by Elena Stowell