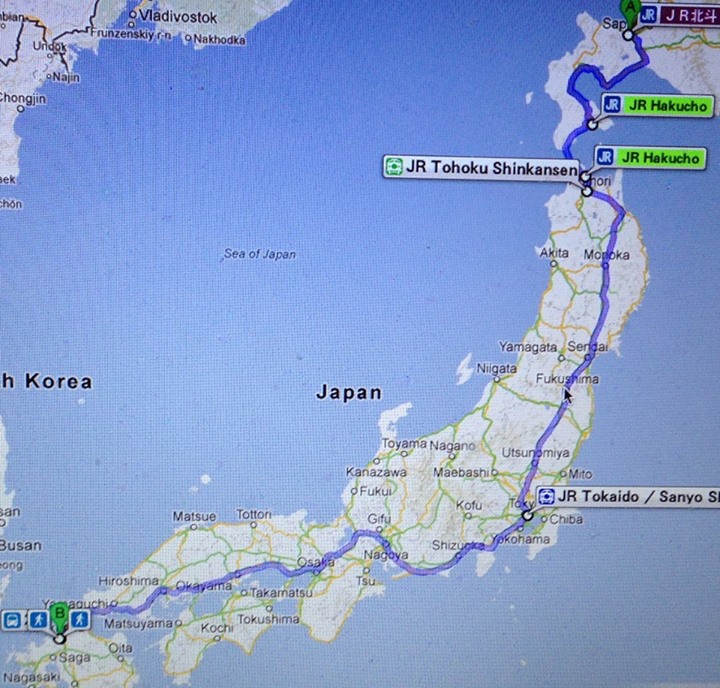 In September, Enson Inoue, one of my favorite mma fighters of all time, will be literally walking Japan.
From one end to the other.
Yes, the entire country….

The Walk
The journey will span roughly 1360 miles and Enson will be walking to raise money for a big event for the people of North Japan, who are still suffering from the effects of the 2011 earthquake.  This will fund a large Christmas event on Christmas Day, 2013 and will pay for supplies such as rice, water, pet food, clothes, and toiletries.

Additionally, Enson has decided on a set of conditions for his walk that will make it incredibly difficult.  This is because:

To make his journey that much more difficult, Enson has added a strict rule that he can only eat and drink what he can carry.  He will be sleeping outdoors every night unless offered a place to sleep by somebody local.

Donations
Pledging a penny per mile will only be about $13 at the end of the journey.  That $13 can buy water for a family for a month or feed a family rice for 2 weeks.

Anyone who is willing to pledge can email Enson at destineyforeverorders@gmail.com.  When he finishes the walk, he will email all of the people who pledged money with payment details via an honor system.  You can continue to follow his walk through his Facebook page.

Even if you don’t donate any money, you can still contribute to Enson’s main goal of building awareness to the thousands of people that the people of North Japan are still struggling day by day. Please share this article with as many people as you can whether by word of mouth or by sharing it on Facebook, Twitter, Tumblr, or elsewhere.

The Return of Grappler’s Heart

Andre Galvão out of the Jiu-Jitsu Worlds