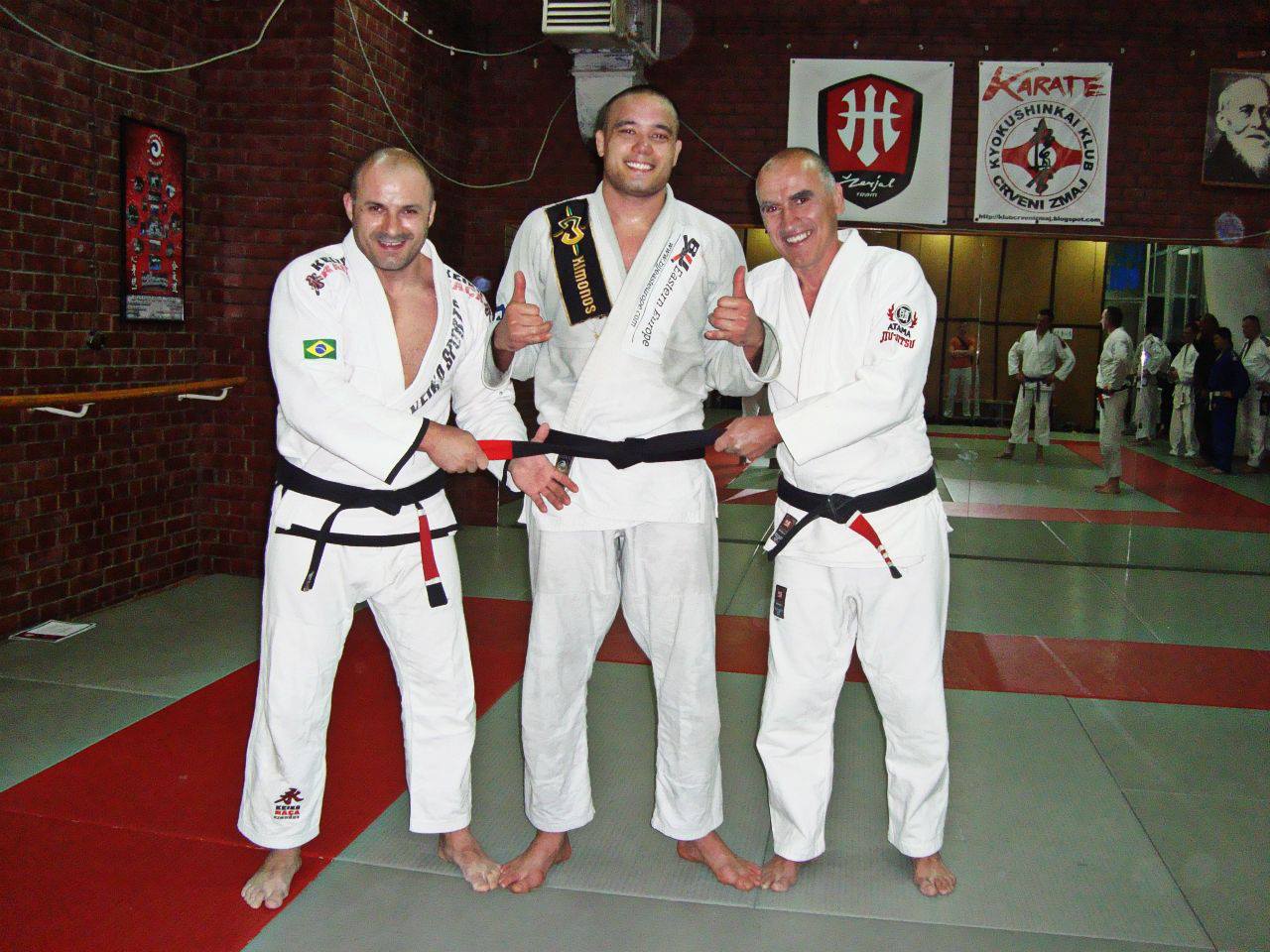 BJJ Legends: Tell us a bit about yourself
Guillaume Huni: Hi guys, My name is Guillaume “Gile” Huni, I’m 33 years old. I’m actually not originally from Eastern Europe, I’m 1/2 French, 1/2 Filipino and live in Belgrade, Serbia with my Serbian wife. I really consider myself a citizen of the world, as I’ve grown up, lived and worked in 8 different countries. I work as a marketing director at Belgrade Metropolitan University, and also run a BJJ news website called BJJ Eastern Europe. I’m a BJJ black belt under Jovan Zerjal, training at Zerjal Team Serbia (Fernando Pinduka/ Carlson Gracie lineage).

BJJL: What got you started in BJJ?
GH: I had first heard of BJJ around 1995 when I watched Royce at UFC 1, but it wasn’t until 2001 when I started training BJJ in Paris, France at Alliance Paris. I spent a few months in Rio de Janeiro the year after, training and soaking up the local culture. I was competing and training all over the world, and made a lot of contacts and friends in the process.I now have been living in Serbia for the past 7 years.

BJJL: Tell us about the growth of BJJ in Eastern Europe:
GH: The level of BJJ here is excellent and we have some very accomplished BJJ players who have medalled at the biggest European and World competitions. Eastern Europeans in general are very strong and athletic and are very hungry to compete and improve. We are a very tight knit community which is built on mutual respect, competition and mutual interest in our common passion. The power of Jiu-Jitsu truly is amazing: It brings together all the teams from different countries which in some cases were at war with each other in the past (In the Balkans,Ex-Yugoslavia for example) and we all get along well, and compete together without any tension, and build long lasting friendships. BJJ is growing fast here, Poland has over 55 black belts, Russia is investing a lot in sport and BJJ is spreading like wildfire there. There are strong teams in Croatia, Serbia, Romania, Greece, Turkey etc..I can’t name all the countries because there are so many but it’s really growing.

BJJL: You run the website BJJ Eastern Europe. How’d that get started?
GH: I started BJJ Eastern Europe as an idea to unite the BJJ community of Eastern Europe. I was already spending a lot of time on the web reading about BJJ, so why not make a website to put all of us in contact and feature our tournaments, our best competitors, best instructors etc.. I teamed up with a great designer named Marcus Buur, who also trains with us and who really helped with making the site easy to navigate and user friendly. We also have a very active Facebook group (join us) .The website has grown very well and has put me in contact with a lot of people from the community and from the BJJ world. It’s really a lot of work but, but it’s a labor of love and I enjoy every minute of it.