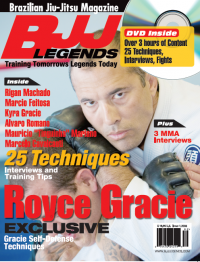 Andre Galvao vs. Pablo Popovitch, a rematch from earlier in the 2 day tournament.

Galvao is a comeback to the BJJ tournament scene where he has been a phenom after letting his MMA career take a back seat.

On to the fight: Andre strikes early with a single leg takedown, after a miss on his trip.

Read More of the Fight Breakdown >>

[social][/social]While Pablo spends a good portion of time slapping Andre’s head.   With Pablo on his back now defending in half guard, he moves to a very deep half guad while Andre stands up and suprisingly places his knee across Pablo’s throat.

Galvao steps over and grabs for a toe lock/hold.  Pablo immediately taps and it’s over – that fast.

Congratulations to both fighters on a great effort and show.  BJJ Legends extends our congratualtion to Andre, Pablo and all the competitors who participated in the world showcase.

Don’t forget – BJJ Legends Magazine covers these events, produces a world famous magazine with DVD and has many of these “Legends” of Grappling and BJJ, plus more like Royce Gracie, BJ Penn, Penny Thomas, Leo Vieira, Royler Gracie, Josh Barnett,  with 30+ techniques, training drill and information that never goes out of style.