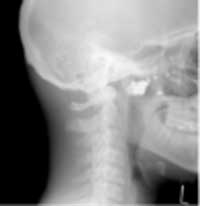 It is said that adversity introduces an individual to himself. For BJJ/MMA instructor James Clingerman the struggles he endured in his life have shaped him into the positive driven individual he is today. Born and raised in Indianapolis, “Indiana” James had a normal life growing up. As a child he showed a great interest in martial arts. “I use to watch old Kung-Fu movies, read dozens of martial arts books and even practice moves on my little sister, “he said.

Starting Jiu-Jitsu at the Begining

Although he displayed a love for martial arts, James was very bashful as a kid. Going through this phase was very troublesome for him especially in school. “Although, I managed to get good grades, school was hell for me because I couldn’t function well in a group of people. Today I would probably have been diagnosed with Social Anxiety Disorder, with a little OCD, “he said. After many years of  going through this problem, in an effort to bring him out his shell, his dad would eventually enroll him into Karate thus giving James the strength and confidence he needed to face whatever life threw at him it turned out to be the best move in James’s life.

[social][/social][einset][/einset]As time progressed after watching Royce Gracie dominate in the UFC, James became interested in taking up Brazilian Jiu-Jitsu. “I knew little about grappling, but it looked incredibly foreign that I had to give it a try,” he said. The beginning of James’s journey in bjj would start off with an unusual twist. He would start his journey under an instructor who claimed to be a 7th degree Black Belt in Jiu-Jitsu. “On my first visit, he told me that he knew the Gracies and his style of Jiu-Jitsu was Japanese which I thought was odd because the Japanese systems usually have a specific name for their style,” he said.

After a brief stay at the fraudulent academy James would later find his way to Royce/Rorion Gracie Blue Belt Greg Eldred in 1997 and 7th degree Judo Black belt Virgil Bowles. There James would get the proper instruction he was seeking and his skills began to grow at a rapid rate. After training for only a month James started competing, gaining lots of experience and success along the way. “I really enjoyed competing. I took every match as a learning experience, “he said. As time progressed he would eventually test his skills in MMA for a short period of time fighting many great fighters such as Keith Wisniewski and Shonie Carter.

Eventually realizing his skills were becoming stagnant, he would eventually meet Eric and Scott Sullivan who were purple belts under Hook ‘N’ Shoot Champion Mario Roberto in 1999. James remembers his early days with the Sullivan’s and Roberto as a turning point in his martial arts career.  “It was amazing.  I was getting better every single day, winning nearly every tournament I entered, “he said.

Winning many tourneys and plans to compete in Brazil at the 2000 Mundials, it seemed like things couldn’t get any better for James. Unfortunately on February 20th, 2000 his plans were soon sidelined. While sitting at a stoplight, a random guy trying to provoke James shot him in the head with a 9mm pistol. The bullet struck him in the cheekbone and drove its way into his skull, missing his carotid artery by less than a centimeter. “The impact was so great that it knocked me into my passenger seat, breaking my seatbelt retractor,”he said.

Laying on the side of the road blinded by the concussion, ringing in his ear and bloodied by the blow, not knowing what his assailant’s next move was, in an act of desperation James hit the gas and drove 2 blocks honking his horn finally receiving help from someone while waiting for the ambulance to arrive. The incident would result in the sugical insertion of  2 steel plates in his head to reconstruct his cheekbone, blindness in one eye, ear problems that affected his balance, and a series of additional surgeries on his eye over a period of time.

Getting Back to Good

The road to recovery was a great battle for James. From a physical standpoint he had to deal with excruciating pain in his jaw and losing a massive amount of weight. “The left side of my face was swollen and numb and at some point the muscles on that side of my face contracted, locking my jaw nearly shut.  I was also living on protein shakes and baby food resulting in me losing 25 lbs,” he said.  James also experienced pain on a mental level during this time. “It was defiantly a struggle going from a very active athletic individual to a disabled, weakling who needed assistance in everything”. However, with the support of family, friends and the lessons he learned in jiu-jitsu, they all helped James get through this difficult time in his life. “I truly believe that a huge part of why I was able to cope with it all was because of the lessons I had learned through Jiu-Jitsu.  The ability to deal with both physical and mental pressure almost directly translated into what was happening to me, with this shooting.” he said.

Two weeks after the shooting, James’s instructor Eric Sullivan opened the first Indiana Brazilian Jiu-Jitsu Academy.  With many instructors lined up to teach, it turned out that James was the only instructor that showed up to the grand opening. Yet, due to James still recovering from his injury it would be long before he was able to train. “It was months before I was able to do anything physical.  I could see the guys getting better and I did not have the option of training hard“ he said. Finally after 7 months of recuperating, James was able to train again. Not wasting any time, James took a trip the next day to Tennessee to compete in a grappling tournament. The move turned out to be a good one which resulted in James winning first place in his division and third in the open weight.  It was clear that James Clingerman was back in action.

As time progressed in his martial arts career with the approval of his instructors Eric Sullivan and Mario Roberto James got the opportunity to open his own academy in 2001 teaching in the backroom of a TKD school while still continuing his own training at the main academy. Eventually as time went on Eric Sullivan departed from the IBJJA which had a major impact on James’s life on and off the mat. “He was getting older and really just didn’t have the desire to run a business.  So, I was left with my academy, which at the time was just a part time gig while still maintaining a full-time job and improve myself as a martial artist ,” he said. James said because of Eric’s departure and Mario being unavailable to teach it forced him to really open his mind and start investing in instructional videos, creating training game plans and drilling as if he had a black belt coach standing over him the whole time.

With the weight of running his own academy and training on his own on his shoulders James was soon hit with a major dilemma. In early 2002, the company he had worked for closed, leaving James unemployed.  So in an effort to generate income James and his wife AJ decided to teach at the academy full time. “We opened up the academy every night, got the kickboxing program going again, started kids’ classes, day classes, and really just started treating it like a business,” he said . Struggling to stay afloat James was soon hit with more bad news. The TKD school that he taught at was closing and he needed to find another place to teach. “One day the Tae-Kwon-Do instructor pulled me aside and told me that they were moving and that I had to find another place to teach.  We scrambled to find a new spot and ended up in a commercial building that was way more than we could afford. ,” he said.

Although AJ kept working at her job as a restaurant accountant and James got a part time job as a personal trainer, everything eventually caught up with them. The mortgage went up and they were forced with a difficult decision to either give up their home or the academy. James said although it was a very emotional decision, they chose to walk away from their home and do their best to make the academy successful. Through this process James and his wife went through a lot of financial struggles.“There were many times when we couldn’t afford to eat properly or even have gas,” he said.

Through these dark times in James’ life he once again persevered and made it through another storm. After making some significant sacrifices to reach their goals everything worked out in the end. “AJ started working at the school and the academy start to grow more and more each day ,” he said. Later receiving his black belt from Mario Roberto in October of 2007, creating two IBJJA locations, and establishing several affiliate schools, today the academy is running fantastically.

Since becoming an instructor James had made a positive impact on his student’s lives. One of his students TUF veteran Daniel Head says James has helped him become the fighter he is today. “I could talk forever about how much James has impacted my life, and I would still feel like I short changed him. With James help, I have amassed a 128-22 BJJ record, a 10-0 amateur MMA record, I have been on the Ultimate Fighter, and I am now 10-4 as a professional. Nothing that I have accomplished would have been possible without him. James is a great coach, BJJ player, MMA fighter, and an even better man. I am blessed to know him and be his friend, “he said.

In addition to running a successful academy James also shares his knowledge online through his website www.TheFightHub.com which includes free online training and exclusive DVD’s such as “Mastering the Von Flue Choke” and “ The Peruvian Dozen 2.0” as well as  running the Extreme Grappling Open (EGO) which is a competitor friendly tournament that goes on 4-to- 6 times a year across the Mid-West.

Looking back on all the tough times he’s had to endure it is clear that martial arts has played a major role in James’s life.“Without the martial arts, I really don’t know where I would be in life. It was a long and challenging match, but I think we got our hands raised in the end. I am definitely looking forward to the rest of the journey”.