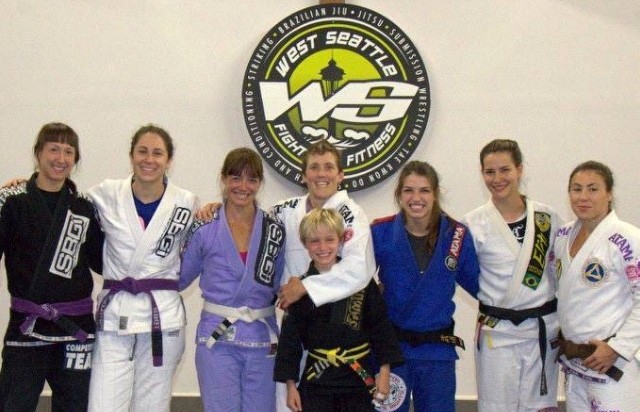 If you are a female BJJ practitioner looking for a camp in which you will receive some excellent training from the top not black belts you need look no further than the Grapplin’ Gals camps Sonia Sillan and her Partner Jamel (Jei) Kennedy put together.  Champions such as Mackenzie Dern & Hannette Staack can teach are just a few you to name that teach ladies who really want to get their roll on the most unintimidating environment. Sillan personally believes that “although women can get fantastic training from rolling with guys, it’s a completely different experience to be able to roll at the same intensity as other females. As a new jiu-jitsu player, instead of spending an eternity focusing on survival, you can actually play and evolve your game; you can really figure out what works and you have a technique down when you are matched equally with an opponent of your size and build.”

Sonia Sillan started training BJJ in June of 2009 one year after having reconstructive hip surgery. She was diagnosed with congenital hip dysplasia (shallow hip sockets) at 20 but continues in her BJJ pursuits and on a very definite path. When Sillan started BJJ, she was hooked, but her body did not move the way she needed it to. She was one of two girls that trained consistently at her gym.  Drilling caused no discomfort, the sparring did.  She was constantly smashed or because people were aware of the surgery they didn’t give her a real challenge on the mats.   Eventually Sillan entered her first official tournament, as a blue belt, with only an in-house tournament under her belt in 2011.  She experienced what most girls experienced their first time competing, she lost.  Sillan’s loss came at the hands of her now teammate Amanda Loewen, and one of Oregon’s first female black belts. The loss brought the realization to Sillan that women don’t get enough realistic training experiences and thus the concept for the first Grapplin’ Gals Open Mat was born.

The first GGs happened in 2012 when Sillan and partner Jamel (Jei) Kennedy were starting their own gym Straight Blast Gym of Seattle. They brought GGs along in order to mold it into exactly what they envisioned it to be.  GGs moved from small open mats to full blown training camps. The goal has always been the same. On the website the following statement still holds true http://ggbjj.com/: “Our focus is on increasing the standard of jiu-jitsu techniques for women training in the Pacific Northwest. Although BJJ isn’t as popular here in the PNW [it’s definitely growing], it is still home to some of the toughest and most hardworking women in the sport. We aim to support the growth and progress in women’s BJJ locally and nationally.” After experiencing difficulties in training, and in competition, Sillan wanted to provide an environment for women to be able to come together and just train – learn, roll, laugh, have fun, figure out how to keep hair in line.

The candidness of Sillan endears one to the struggles of the BJJ woman seeking to create her ideal training environment.  “To be completely honest, running our gym has put some road blocks in GGs because I haven’t been able to put as much time and effort into it as I would like to, but the camps make everything work. It’s amazing seeing all these ladies come together to train, to build connections, to see incredible camaraderie. Being an unaffiliated organization has been absolutely incredible as well; although the camps are being held at SBG Seattle, I feel like the BJJ community has grown.”  The 2012 opening of SBG Seattle came with a surprising lack of support for Sillan and Kennedy.  Initially they had some hiccups, because departing from their previous gym to start anew involved a great deal of turmoil and underlying politics.   Some colleagues have remained since the change and some have not however, just like anything in life everything has a reason and a season. Now that people are recognizing SBG Seattle as a legitimate venture with knowledgeable owners/coaches instead of medal chasers or scam artists things have gotten easier.  Sillan’s current successes have not come without some MAJOR sacrifices, “we were almost one Safeway stop away from the baby aisle, stocking up on baby wipes and doing our field baths the way the military does.  It’s been an interesting ordeal, but as we grow as a gym, Grapplin’ Gals grows.”