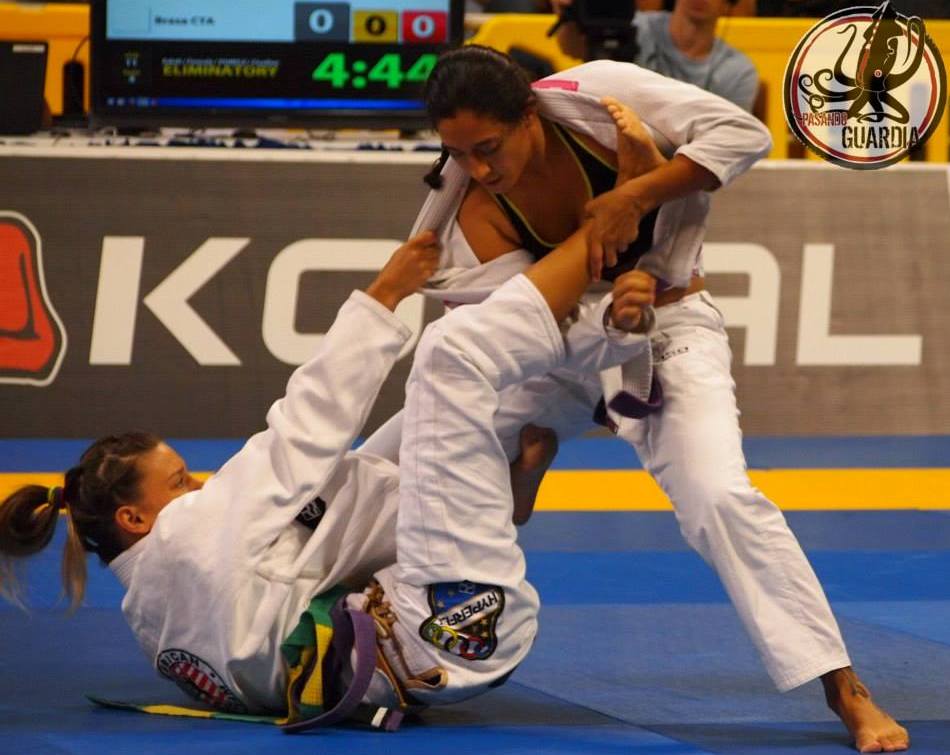 “Only those who will risk going too far can possibly find out how far one can go”. T.S. Eliot if a dream is a wish your heart makes, then purple belt Itzel Bazua Aguilar (Instructor/Owner Prohamos BJJ Academy Mexico City, Mexico) has one hell of a heart.  This past July Bazua Aguilar’s dream of a lifetime came to fruition when 21 women from six different countries including world renowned black belt champions Sophia McDermott Drysdale and Mackenzie Dern showed up to her home to participate in her international women’s only camp.  This was a non-traditional setting.  Bazua Aguilar brought a more personalized touch to the table.  The camp was held inside her home where the women were also housed.  This accounted for an experience that no one, including Bazua Aguilar, could have ever been imagined.

Each day started with breakfast then a two-hour drilling session.  A break would occur for a lunch, free time, a snack, followed by another two hour drilling session, dinner, free time, snack and then bed.  The schedule was regimented, the training, strenuous, but absolutely worth every minute of it.  According to attendee Maytee Rojas Burton, (Xtreme Kombat Academy Tsunamis Team, Mexico City, Mexico)“I started martial arts three years ago, first boxing, then Muay Thai, grappling two years later, then MMA and BJJ one year ago.  Before camp I liked BJJ least, I’ve always been more into Muay Thai.  After camp I love BJJ so much more.”

Six different countries brought so many different skill levels and perspectives to the table.  Each and every lady on deck had a unique training style that the other ladies admired and were eager to observe.  Seeing affiliate teams embrace and discuss how they felt they were lacking made it clear, the participants of Bazua Aguilar’s Dream were part of history in the making.  Women in Mexico do not have the same training opportunities across the board in BJJ as women in other countries.  BJJ is still in its infancy for women there.  Bazua Aguilar’s goal of providing a place for women (specifically women in Mexico) to network and have a “safe place” to train was off to an amazing start from day one.  Every single woman stepped into the camp treating the environment as if she were training at her home gym and the house as if it were her home.

A cleaning staff and cook were in place but each person still decided to contribute.  The house was harmonious from camp start to finish.  Perhaps it was the combination of people, perhaps it was the right circumstances.  One thing is absolutely sure, you must acknowledge the three women that made it all possible an Impossible dreamer and two world champs.  Estefania (Vicky) Ortiz (Prohamos BJJ Academy Mexico City, Mexico) was quite eager to participate in the camp.  Although her time was cut short due to a collarbone injury, her enthusiasm was felt and much appreciated by all those that continued on, “Before the camp I only had been training four months. I really had little time to train.  I was intimidated about attending camp, but had a lot of excitement and curiosity to go and meet other girls who love what I love and to learn from them in many ways.”

Many came to train and had the experience of a lifetime.  The leader at the helm, Sophia McDurmott Drysdale keenly observed and showed every girl her weakness (and how to improve upon it) her strength (and how to capitalize upon it).  The one on one sessions the very first day improved each girl’s technique by the next session.  A simple adjustment and your choke is much more potent.  Your triangle is all the more lethal.  I don’t think anyone will ever forget to incorporate “baaabie arms” as long as they live.  When pushed to the absolute brink and unable to go another second, another black belt loaded with energy kept all of the women motivated and moving.

Mackenzie Dern has a little something extra in her bag of tricks.  If she wasn’t checking those belts, she was checking those attitudes.  She bounced onto the mats every single day and when everyone else was beaten down and exhausted, both Drysdale and Dern transmitted an energy into the room that brought them back to life.  The minute drills began it was like “wonder twins activate form of badass black belts.”  Drysdale and Dern were definitely their own “Dynamic Duo” and without a doubt combining their experience, skill level and natural teaching abilities they were meant to lead this group of women.  No one would or could have been better.

Dern reflects upon her time with Drysdale, “Leading with Sophia was so great! First, it helped me so much! It was really good to have a second opinion on things about the camp with her. And I learned so much from her! We have fought each other in the tournaments, so it was really good to be together and train and learn from each other without the pressure or having to win! It was so great having her!” After all was said and done, one would say that the Impossible Dream became an Absolute Reality.  Bazua Aguilar had a platform to share.  In order to ensure that her platform would reach the target BJJ audience, photographer Angel Cabellero documented the process.

This group of women came together bonded by their love of BJJ.  When arriving in Mexico City, no one knew what lie ahead.  No one knew who they would meet or what they might learn from them.  One thing was for sure, everyone was in this for the soul of the sport.  Each and every woman came because BJJ has touched her in a special way.  Helping Bazua Aguilar enlighten the Mexican community about the beauty of this sport was an added bonus.  Each day at Prohamos BJJ Academy was better than the last.  However, just as things begin, so to must they end.  One by one the ladies had to return to their home academies.  The mood was somber when that time came but filled with memories of a lifetime.

When asked to give parting thoughts on the camp, Melissa Lujan said, “inspirational, educational energizing, and motivational.” The conceptualized dream became all Bazua Aguilar hoped for and so much more.  What all of this all boils down to for those that took part and the ones who will learn about it one way or another is, “The world needs dreamers and the world needs doers. But above all, the world needs dreamers who do.”  Sarah Ban Breathnach