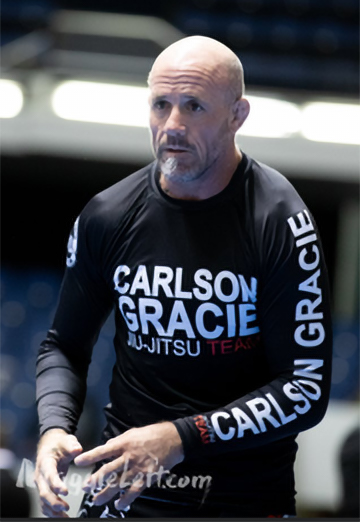 Troy Acker is an OC OG. As a member of Orange County Carlson Gracie academy since 1994, Troy went from white belt to gym owner in the same academy where he initially signed up. Troy is an avid competitor, usually competing three to four times a year. He has several championship titles and it’s not unusual to see his students on the podium.

Sit up Guard and Footlock

Troy Allen Acker was born on September 25th 1971, in Hollywood, California. His father was an engineer and his mom was a stay-at-home mom. He has one half-sister. He has lived in Southern California all his life. As a kid, Troy played football and baseball in high school. He started Jiu-Jitsu at the age of 23 to be able to teach his son self-defense.

In December of 1994, Troy’s started Jiu-Jitsu at the same studio he owns now, OC Carlson Gracie in Orange CA. His first instructors were Franco de Camargo and Allan Goes. He got his blue belt from Allan and all other belts from Franco. In June 2008, he received his black belt from Franco.

Troy’s origin story is much like many of the early BJJ practitioners. He had seen UFC 3 and a couple months later drove past a studio and saw “Brazilian Jiu-Jitsu” in the window. He and a friend walked in, signed a waiver, and got smashed. Troy states, “Allan smashed both of us for 10 minutes each until we couldn’t fight anymore while the rest of his students made a huge circle around us. It felt like a grade school fight all over again.” Immediately they both signed up.

Students were told to do tournaments so he competed at every belt level. He lost every big tournament as a white and blue belt to opponents with wrestling backgrounds. Feeling very frustrated but Franco would encourage, “Keep training hard and you will one day win.” Troy continues, “I owe everything to him; he would call me when I was absent from class for extended periods to check in with me and get me back into the gym.”

His first tournament accomplishment was silver as a purple belt at the 2004 Pans. The following year he won gold at the Pans and received his brown belt. As a brown belt, he won the Copa Pacifica super fight and 3rd place at the Pans Master 1 middle. Troy fought MMA in 2006 at 35 years old and ended with a 2-3 record.

As the head instructor of OC Carlson Gracie Troy has given out 7 black belts.

Troy is celebrating 25 years of marriage and has two grown sons who also train and compete.

Baroni Replaced by Dan Miller in UFC 118, Penn vs Edgar