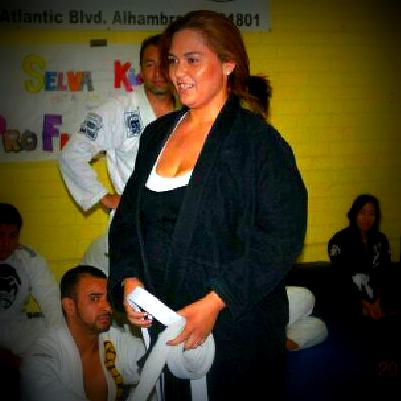 Jenise Zamora Galindo won the Selva Annual Weight Loss Contest and earned $1000 towards her wedding. Selva, “The guys learned that cutting weight was one thing but going up against a woman trying to get into a wedding dress is something else.” She lost over 50 pounds. For Jenise Jiu-Jitsu is a family affair. She trains with her boyfriend and son.

Jason Selva puts up the money himself and gives his students six months, January to July, to lose the weight and win the money. Selva says that the top five students lost a combined weight of over 300 pounds. Selva and the other coaches work with the students not only with Jiu-Jitsu techniques but with nutrition too.

Focused on health, safety and wellbeing, Selva BJJ offers a Women’s Boot Camp and a kid’s anti-bully program. Selva, “That’s some of the things we do at the Selva studios, we like to help our students anyway we can.”

New BJJ Diet on the Horizon