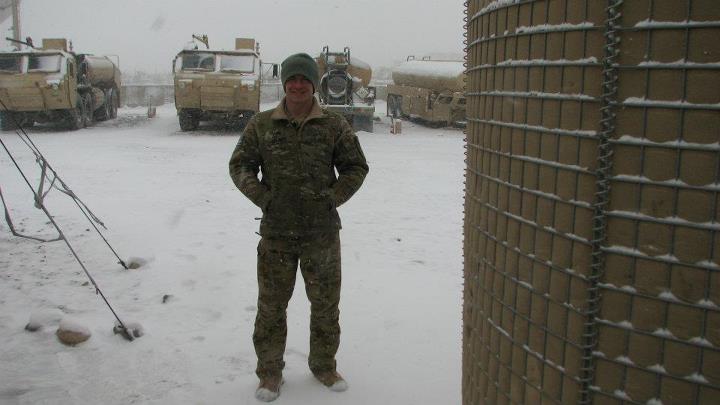 Opportunities always have a way of creating an open avenue in acquiring personal attainments geared toward an individual’s growth. Traveling down his own path of fulfillment Mitchell Bruner’s involvement in grappling and the military has presented him with his own share of countless blessings and adventure throughout his career journey.

A Texas-bred from Ft. Worth Bruner’s love for sports would originate from his takeoff as a High School wrestler. Wrestling the entire four year term Mitchell’s competitive drive flourished greatly as he would snatch his own share of awards and accolades grinding it out on the mats. This drive evidently would later prove to be a great asset in Bruner’s next life chapter heading into adulthood.

Upon graduation steered on a new course Mitchell was in hunt for sustaining a bright future for himself. Later obtaining his wishes with his ultimate pledge in joining the U.S Army the move further solidified the Texas Native’s seriousness for reaching his goals.

[social][/social]“I joined the military one for my future and second was really wanting to tryout and make the all army wrestling team.”

Serving his country since 2004, time in the service has taken Mitchell Bruner on quiet the voyage. With an extended tour taking him from Knox, Kentucky to the Asian providence of Korea Mitchell’s time in the military saw a great evolution in his development as a man. Although baggage with the tough task of handing his active duties as a solider this snag did little to weaken Mitchell’s focus toward his grappling aspirations.

Competing in many wrestling tournaments in the Army it seemed like a reoccurring image of Bruner’s successful run in as a wrestler in high school. Seeking for more advancement his later transition into the Army Competitive Program offered him a new outlet in learning a vast abundance of knowledge from various martial arts disciplines such as boxing, kick boxing, and Brazilian jiu-jitsu.

“I trained in wrestling on my own for the tournaments they held there for 8th army. I won the 8th army championship in the 135 and below weight class,” said Mitchell. That is where I also got involved with the modern army combative program. I complete level two there in Korea.”

“I enjoyed it so much that I was doing everything I could to make myself better in jiu-jitsu. From going to every seminar there was to training with the Level 1& 2 classes as much as I could.”

[bjjad][/bjjad]Elevating at a rapid pace Mitchell always explores new avenues in his progression as an athlete. Hard work always equals success and with his impressive tournament record in 2012 conquering the opposition in Army and Civilian tourneys this evidence ratifies the soldier’s devotion put into his lifelong hobby.

Further continuing his military obligations in the mist of the hectic schedule Bruner has his sights set on accomplishing many more aspirations as a fighter. Nevertheless wherever the road takes him one thing is for certain reflecting on his journey thus far Mitchell Bruner is prepared for all the upcoming challenges that stand in his way.

“Looking back I’ve learned that no matter what happens or what you have to do. Just push through your situation at hand then take on the next one. Through everything I have done I don’t regret where the army has sent me. But I take the opportunities when I can and where they have shown up.”

Mitchell Bruner‘s Special Thanks: I like to give a special to Monta Wiley for giving the opportunity to tell my story. Also to my BJJ coach Jarrod Clontz and the rest of people who have helped coach me. As well as all my training partners for helping me to keep ascending to the a higher level of jiu jitsu.