from the Editors of the world famous jiu-jitsu magazine, BJJ Legends…

Gracie Academy, Ryron and Rener Gracie, tackle the tough question of Street Jiu-Jitsu vs Sport Jiu-Jitsu in an interesting video.

Jiu-Jitsu World Championships Case Study that breaks down the data, like how quickly the match went to the ground…

Joe Rogan gets his black belt, so he really does know what he’s talking about?

Ryron and Rener sit down for a very candid talk in which they explain the fundamental differences between the two. In a few very simple demonstrations, they make it very clear that “street jiu-jitsu” isn’t defined by a set number of techniques, but rather the universal principles of distance management without which one stands little chance of defeating, let alone surviving, the aggressive onslaught of a larger opponent in a real fight.

Rogan, the veteran UFC commentator since 1997 and one of the most recognized faces of the franchise besides Dana White,  has received his black belt from Eddie Bravo – founder of 10th Planet.  “… I’ve been training since 96, and I’ve been a brown belt for 7 or 8 years now, so it really feels like a long term accomplishment to me, and I’m really motivated to get even better! It’s a real honor. I even cried a little :)”, Rogan says.

We’ll leave it to the video from 10th Planet: 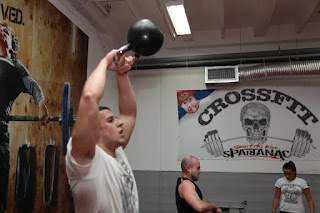 Eastern Europe BJJ : Can Crossfit assist in your BJJ training?

Worth a read from an active training BJJ fighter in eastern Europe who looks for answers to the Crossfit challenge.
“I was quite skeptical at first as I had already done my own type of Crossfit training in the past, timing myself and I thought to myself why would I do it now with a group?” We try to keep a global eye to the jiu-jitsu community and like the up and coming regions who are innovating as fast as they can roll.  Read on.. BJJ East Europe

[bjjad][/bjjad]Looking for all the data you every wanted to experience on the winners, losers, point gainers, guard pullers?  One of a kind study that breaks down the science of the competition and examines the elements at play.  It’s easy to look at it and come away with one or two key points, like:

– Lighter weight divsion matches tend to go to the ground faster than the heavies, with 79% of all matches going to the ground due to one person pull guard.

– 49% of matches those who pulled guard won, in 40% of the matches the person who started on top won the match

It’s an interesting breakdown on the strategies applied and the outcomes on the mat.