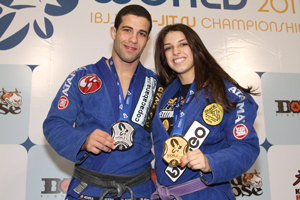 Motivation can be describe as a driving force by which humans use to achieve their goals. Everyone in life is driven toward a particular goal. Not matter obstacles they have to encounter, it is motivation that allows an individual to meet those challenges in order to reach the goal they wish to accomplish. The same can be said when it come to practitioners in Brazilian Jiu-Jitsu

BJJ Legends took the time to have an in-depth conversation with top BJJ and Grapplers in the world to ask them what has kept them motivated through their BJJ journey.  Keep up with BJJ Legends to read the continuing series.

The biggest and first thing that motivates me to do bjj was competing. I was motivated to see what level I was, competing against people who I had never trained with. I liked seeing that my jiu-jitsu was getting better, so I kept training and entering in the tournaments. Now, what motivates me, besides competing, is teaching classes to my students, especially the kids, since they are the future of the sport. I like feeling that I am contributing to the growth of the sport. The last thing that motivates me is supporting my girlfriend, Mackenzie Dern, because I see how much she dedicates herself to be the champion that she is. With her example, I turn into a better athlete.