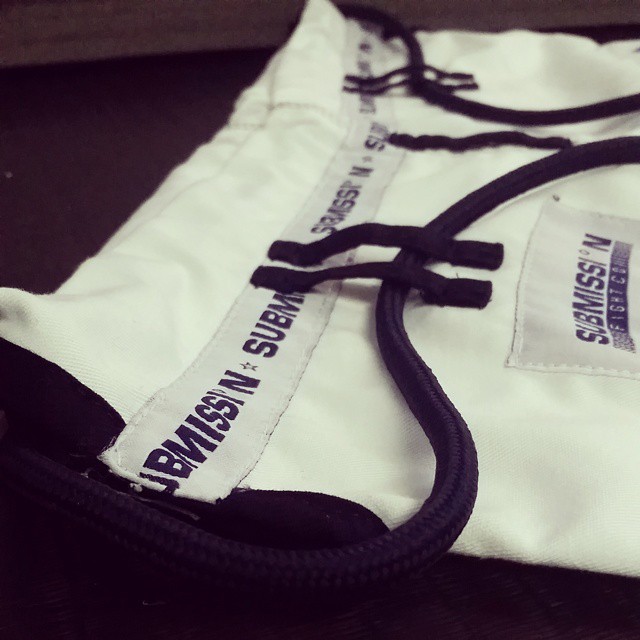 Submission Fight Co has had its share of ups and downs in the industry. Early this year they went under fire for the distribution of non-hemp kimonos which was later revealed was the result of a misleading distributor from Pakistan supplying them false merchandise without their knowing.

But like any ambitious company you learn from your shortcomings as there is always a solution to solving a problem. The recent release of the Submission FC BJJ Hemp T-Shirts paved the way for a fresh new start for the company which was received with a great response from the BJJ community. In their sole efforts in giving back Submission FC recently took part in a charity function known as Grapplethon: Team Liam’s Fight .With over six Submission FC raffles prizes given away to some lucky winners the donated efforts also introduced its audience to the Submission FC Kimonos which included the Aura BJJ Gi Pants (Sold Separately).

The Aura BJJ Gi Pants are the newest addition to the Submission FC BJJ gear line. Available in black and white unlike it failed hemp predecessor model, these gi pants are made of polyester cotton blend and contain heavily reinforced stress points making these pants the perfect item for competition and everyday training.

When it comes to inquires about washing the BJJ Aura pants there is a simple procedure to follow.  Be sure to wash the BJJ Pants in cold water with no excess in bleach. After taking them out the washer hang dry them in a cool shaded area especially if you plan on purchasing the black color model to keep its physical appearance without major fading afterwards.

With over three hours of training in the Aura BJJ Gi Pants at Liam’s Grapplethon I can testify that these are the most comfortable and reinforced gi pants I have ever worn. From the tight draw string to the overall design layout of the pants it certainly won’t disappoint the user. It felt great to not only have a great training session conformably but also not have to worry about the pants untangling off your butt every twenty seconds due to the lack of construction I have experienced in the past with other company kimono pants .

Rebounding off it past scrutiny Submission FC has made its return in grand fashion with the release of BJJ Aura Gi pants. Comfortable, Stylish, and Durable what more can a grappler ask for to get the best out of his training on the mat. Step by Step Submission FC is not missing a beat in re-establishing itself as a top contributor to the grappling community which product release thus far does just that.

All we can do at this point is sit and ponder as to what Submission Fight Co has in store for us next.