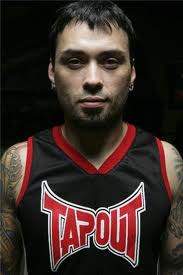 10th Planet Jiu-Jitsu creator Eddie Bravo meets London Real in Venice Beach, CA to talk about music and his band Smoke Serpent, how his love for Bruce Lee eventually brought him to Jiu-Jitsu, why he avoided marijuana for most of his life and now embraces it, and how having a child has completely changed his priorities in life.

[social][/social]Special thanks to London Real for the interview.  Click for the Video.

“I like no limits. With a rock band if you put a synthesiser in there you risk being called homo.” – Eddie Bravo (6:23)

“I didn’t know what I was going to do. That was the year I started smoking weed and the last thing I wanted to do was play electric guitar.” – Eddie Bravo (17:03)

“When dude form bands and they’re young and their screaming, that’s them sucking. Not having the balls to get emotional.” – Eddie Bravo (18:13)

“The UFC is responsible for the explosion of Jiu Jitsu. Directly.” – Eddie Bravo (28:12)

“A girl bent over, naked ass pussy right in front of them, and they’re looking at the big screen.” – Eddie Bravo (30:03)

“And she stumbled and face planted right into the porch and I couldn’t move.” – Eddie Bravo (42:20)