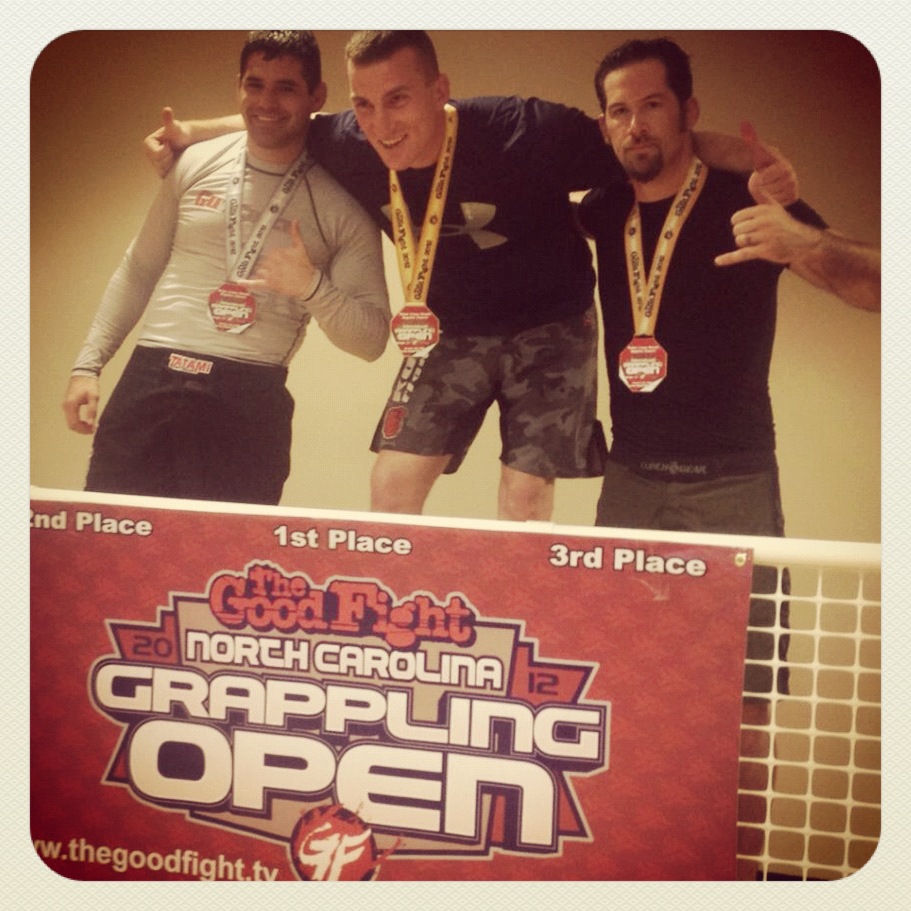 Bret Perchaluk was born in 1984, He stands 5’7 and fights at 165lbs. He started his path in martial arts when he was 6 years old. His mom enrolled him in Kung Fu classes 3 times a week. From there he wrestled in high school and went on to wrestle Division 1 varsity at Rider University in New Jersey. He received his Judo black belt  January 2012 from Rodrigo Artilheiro, who is a coach on TUF Brazil, and Judo/MMA coach at Xtreme Cotoure out in Las Vegas. He got his belt issued by USA Judo thanks to Olympic Legend and Coach of the 2012 Olympic Team, Jimmy Pedro. In 2012, he placed 3rd at the IBJJF NoGi Pans. He also has MMA experience.

He still remembers when he saw the first UFC with Royce Gracie in 1993. He thought that learning Jiu-Jitsu would be good for self-defense and a fun new sport to compete in. In 2001, he enrolled at the progressive fighting systems academy. Currently, he’s back at a Traven gym, Combat Sports Center, training under David Oliviera. Bret received his brown belt June 9th 2012 after competed at the Mundials in California as a purple belt. “David and Traven gave me my Brown belt, and it was a huge honor and something I had worked hard towards.”

Bret can’t really say what he does for the government, just that he’s done it for a while now. He teaches and works in the field. Says Bret, “I have been all over the world for work and not to anywhere nice yet. But I’m keeping my fingers crossed for them to send me to Brazil.”

All this experience has culminated to an exciting opportunity to teach special ops units and SWAT teams. This is added knowledge to what is already given by most agencies and military units. He’s even gotten some officers to train in traditional gi Jiu-Jitsu. Bret says, “There is a great difference between sport Jiu-Jitsu and using Jiu-Jitsu in real world hostile environments. Someone who has experience on both sides can differentiate and teach what works and what doesn’t. The game changes greatly when you are talking about small unit tactics and weapons. Grappling becomes a last resort and is a defense or counter in a worst-case scenario. I am teaching functional knowledge and useful options in hopes of preventing loss of life.”

You can reach Bret at
Combat Sports Center
Email: info@combatsportscenter.com