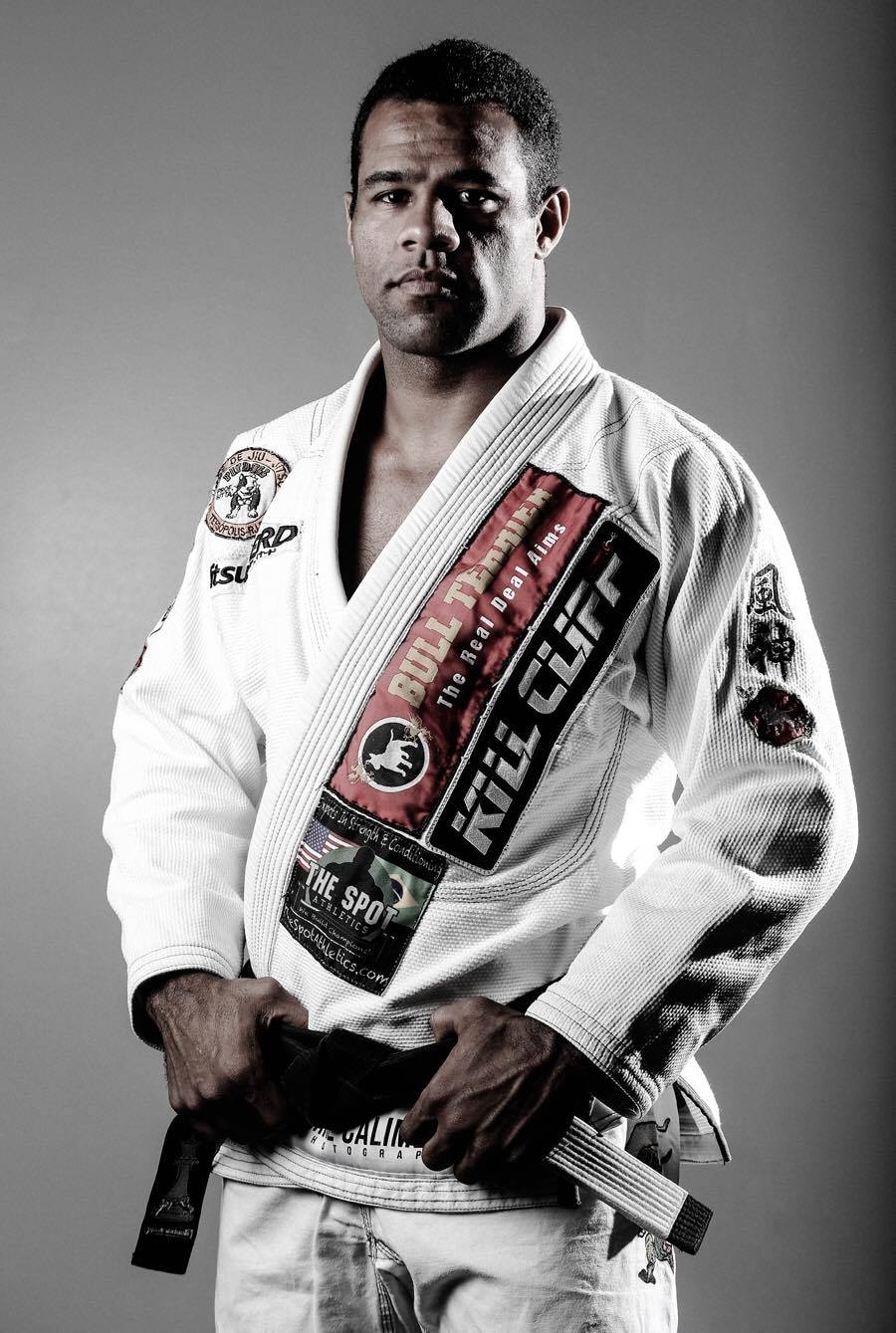 Professor Vitor Oliveira, he is on the cusp of gold.  Come read about the thing in adolescence that led this world-class athlete to BJJ, his thoughts on doping in the sport, and the road ahead.

According to Ann Voskamp, “practice is the hardest part of learning, and training is the essence of transformation.”  Professor Vitor Olivier started BJJ at the age of 8 and with Worlds right around the corner an 8 year olds diligent determination in pursuit of his dreams are close to fruition.

BJJL:  Vitor, you are a well-known GFTEAM black belt but did not start with that team, why the switch after receiving your black belt?

VO:  I switched because I was moving to Rio de Janeiro where we didn’t have any [team] affiliation.  That was a tough decision.

BJJL:  As a competitor, this year you make the transition from adult to masters, will you transition or continue to compete at the adult level and why?

VO:  Yeah it’ll be a busy year for me, but I think I’ll stay in the adult division for a while, I may compete at Masters Worlds, but I haven’t decided yet!

BJJL:  As a Professor, how do you keep your students motivated?

VO:  I like to push them hard and show how hard I compete and train to get the results I want!

BJJL:  What philosophy do you promote is your gym?

VO:  Our Philosophy is the same as GFTeam HQ in Brazil: Friendship and Respect for each other. That’s what our group promotes.

BJJL:  Was your father the primary reason you started BJJ?

VO:  Kind of, I started BJJ because I used to get beaten up in school (hahhaahaha).  After I started training no one messed with me again lol!

BJJL:  What do you think constitutes a well-rounded practitioner and do you exhibit those characteristics?

VO:  Patience, discipline. A lot of practitioners only think of how fast they are going to get the next belt, it’s a big issue in Jiu-Jitsu, but it’s easy to manage. I believe I have the characteristics.

VO:  Definitely, purple belt, I didn’t have much success, now it is as a black belt!

BJJL:  Would you like BJJ to go back to its origins of no time limit, submission only?

VO:  Not really, I like the style, but I still prefer the way it is now.

BJJL:  How does all the traveling impact you mentally/physically?

VO:  It definitely affect me especially when I travel to compete in California, but since I always go earlier I don’t feel it a lot when I compete.

BJJL:  Steroids/performance enhancement abuse and the repercussions are discussed more in traditional sports to include wrestling.  What are your thoughts on how it is handled in the BJJ realm or the IBJJF’s policies and procedures on the subject matter?

VO:  I agree with the policies on doping, I don’t think that someone that use steroids should be in the league at all, I think they should be more rigid, doing more test in more tournaments!

BJJL:  Any thoughts on the equal pay issue in BJJ?

VO:  I think they could pay more for the female division, but it’s hard because there’s not a lot of girls competing in the pro tournaments, usually they have more men in the divisions.

VO:  So, I don’t train that much only for the big tournaments, during camp I train at least 3 times a day, eating clean, doing everything right.

BJJL:  Any female practitioners from your gym that you think will be great competitors?

BJJL:  Any thoughts on how BJJ has changed for women?

VO:  It hasn’t change much, we do have more women training and competing, that’s great for the BJJ community

BJJL:  Any interest in MMA?

VO:  I would like to try, but it’s hard to teach BJJ and train MMA, here it’s just me teaching, I don’t think I’ll be able to do MMA.

BJJL:  Are you linked to any charities?

VO:  Being able to fight in the final of worlds last year, I’m getting close to the gold medal!

BJJL:  Most challenging competitor and why?

VO:  There are a lot, but not unstoppable!

VO:  No, every match winning or not I take as an experience to learn how to fix my weaknesses.

VO:  No, I just like to let it happen naturally.

BJJL:  What’s one thing people would be surprised to know about you?

VO:  Training in my camp for worlds now and seminars after that!

Win or lose, you could say it’s all about the lesson you learn.  As Professor Oliviera seeks his ultimate goals, along the way he has honed his skills ensuring when he reaches the pinnacle, there will be little to no margin of error.

There’s always the motivation of wanting to win. Everybody has that. But a champion needs, in his attitude, a motivation above and beyond winning.-Pat Riley