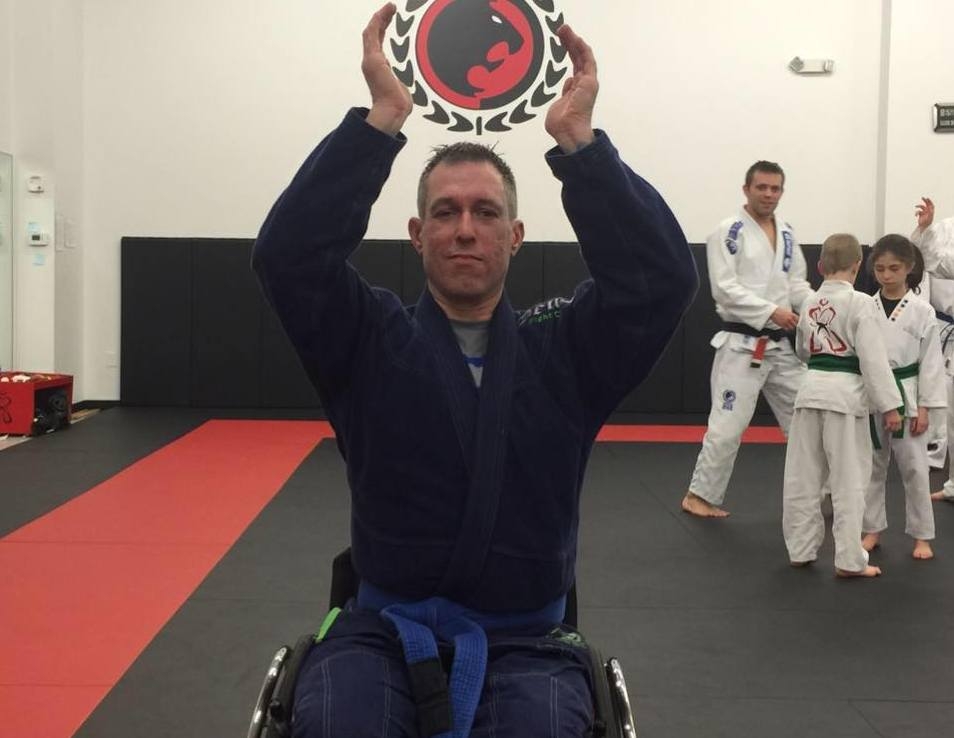 Grappler’s Heart —  a Brazilian Jiu-jitsu tournament for martial artists with disabilities is coming to California in April. Read more ->

On the last weekend in April 2015 a revolution began.

Of course, BJJ was always for everyone. If you go back far enough, Brazilian Jiu-jitsu was actually founded as an adapted sport. Legend has it that Hélio Gracie adapted many of the fundamental techniques in the art as a low impact form of traditional Japanese Jiu-jitsu after recovering from a broken leg and not being able to fully-participate in his brother Carlos’s classes. One of the central lessons of BJJ is how stronger opponents can be overpowered by seemingly weaker ones, but if you saw anyone fight that weekend, “weaker” was not the operative word. Every single one of them kicked as much ass and showed as much heart and perseverance as you would see at any able-bodied tournament.

In fact, some competitors came to Grappler’s Heart having already fought able-bodied opponents at local tournaments in their hometown, but they wanted a chance to test their skills on equal footing and share ways to adapt the game with the only people who truly know what they’re talking about.

“I enjoy competing against able-bodies, but we, as adaptive athletes, bring a totally different mindset and a toughness like no other,” says Brian Freeman, a BJJ blue belt, father, veteran and paraplegic.

Other athletes used the special opportunity of Grappler’s Heart as the motivation they needed to reignite their passion for combat sports. Gina Hopkins, an mma fighter with dystonia came all the way from Bristol, England just to compete.

“Grapplers Heart was a monumental part of regaining control of my life,” she says.

“After recently acquiring a back injury and surgical injury which had affected both of my feet, on top of my neuromuscular condition, my self-confidence and self-esteem were dwindling.”

Nothing was going right for her at the gym or when she was powerlifting or training mma. Everything seemed out of sorts, but then she found out about Grappler’s Heart online. “It gave me direction,” says Hopkins. “The passion and the atmosphere at Grapplers Heart was overwhelming, being with like-minded individuals, individuals who were passionate about inclusion, who didn’t view disability negatively, who wanted to compete, disability or not, and who have a love of Martial Arts.”

Brian and Gina will both be returning to the second annual Grappler’s Heart tournament running April 30 to May 1, 2016 at Total MMA Studios in Tustin, California.

For more information and to get tournament updates, please go to our webpage http://www.grapplersheart.com/
and like us on Facebook https://www.facebook.com/GrapplersHeart

From Brasa to CheckMat with Leo Vieira