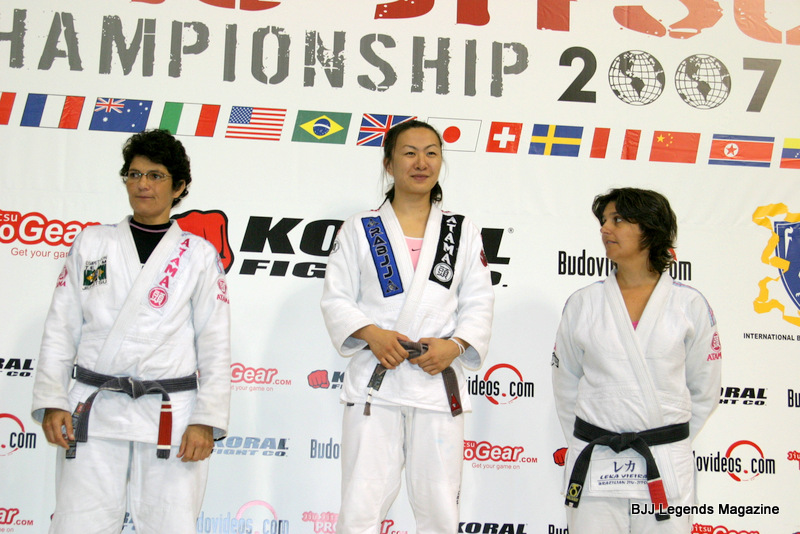 Sofia Amarante wrote on her donations page, “I have a great chance to become the First American Female to win the Jiu-Jitsu World Championship as a black belt.” It is 2013 and there has never been an American to win gold in the Female black belt division?

The Brazilian Jiu-Jitsu World Championship came to the US from Rio de Janeiro Brazil in 2007. This move helped make the sport much more accessible to American athletes male and female. In 2007, Emily Kwok won the middle weight black belt division. Emily, “Japan, to be more specific I was born in Aomori, Japan.” She is the first Canadian to win the worlds and one of the first non-Brazilians. “I was 19 when I moved to the US. We immigrated to Canada when I was one and a half years old and I was raised speaking Japanese only until I went to elementary. My father is Chinese from Hong Kong and tri-lingual.” She continues, “Try Penny Thomas or Laurence Cousins.”

Sofia’s statement might still be true, there may not have been an American female to win the worlds ~as a black belt~. Though the donation site gofundme.com (http://www.gofundme.com/Sofiaworlds2013) Sofia met her goal and raised $745. Enough to get her to worlds.

“With the donations we were able to raise on gofundme and a generous last minute donation by my sponsor JACO we will be coming to the worlds this year.”

Where was Sofia born? Houston Texas.

But wait, Nyjah Easton is in her bracket and has a first round bye. Not to mention all the other American women in the other weight divisions. This one may come down to the order that the weight classes compete. All the more reason not to miss a thing this weekend at the 2013 World Championships in Long Beach California.