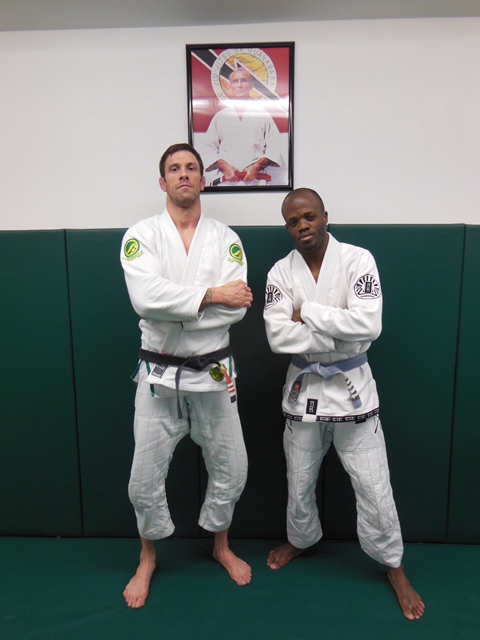 There is a wide range of personalities you will come across being involved in martial arts. Some individuals leave a bad taste in your mouth raising awareness of ignorance that festers in our community, while others will leave an everlasting impression of the positive people enriching our art and the world today.

Not too long ago I got the opportunity to meet an extraordinary group of individuals who take acts of kindness to a whole another level.  Taking a break from Southern California I decided to pack my bags and venture to Denver, Colorado. In an effort to make the best of my experience I decided to compete at a tournament there while also hoping to get some great training at an academy.

Known for its outdoor activities and the famous gold rush Colorado is also known for having some great BJJ teams one of which happens to be the Relson Gracie Jiu-jitsu Academy Colorado run by head Instructor Steve Hordinski.

Steve Hordinski is a 2nd degree black belt under the legendary Relson Gracie. He began his martial arts journey in 1997 during his time in the Navy stationed on the USS Frederick. While on deployment he was introduced to Brazilian jiu-jitsu by former WEC fighter Phil Cardella. Needless to say after his first class Hordinski would instantly become attached to this unique ground fighting style, an attachment that would become a major part of his life for the next 16 years.

Aside from being a great competitor, during his time with the famous Gracie Hordinski also learned many values that he still uses today in his life and the structure of the school he has built here in Colorado since its humble start in March of 2010. To say it was rough start would have been an understatement but Hordinski stood firm in in his mission of spreading the ideals of Helio Gracie and Gracie Jiu-Jitsu to his students and today he has soared his academy to over 300 students in a three year  time frame all looking to get a taste of Gracie jiu-jitsu knowledge.

“Relson taught me that there is more to Jiu-Jitsu than just being tough on the mat,” Hordinski said. He also created an understanding of the importance of the self-defense aspect of Jiu-Jitsu, which I believe is the ultimate focus in Gracie Jiu-Jitsu. He also preached to take class, repetition, mat time, and always be humble.”

Openly and honestly informing Professor Hordinski I was competing I was a bit nervous in regards to how he and his students would feel about having a possible opponent train at their academy two days before the tournament. However once walking inside the Relson Colorado academy all of my paranoia quickly diminished when meeting Steve and his students.

Very welcoming to a fellow martial artist the time there was filled with great training, instruction from Hordinski, and conversation amongst the group about everything from jiu-jitsu to of all things aviation. This great interaction was just a tip of the ice-berg. Extending beyond the mat without my request I was even offered a ride to the tournament by Steve’s purple belt Seth Rodenbaugh, cornering during my match from brown belt Nick Maez, and even got a ride back to my hotel after the competition was over after sustaining an injury.

This act of kindness totally blew my mind especially with all the insanity going on today in our BJJ community. It’s one thing to show courtesy toward your students and possible future “customers”. It goes above and beyond to withhold those same values to others practitioners who come in to train during the intense competition mode period I hazardously walked into at the time. In all true class acts !

Carlos Gracie Sr. once said “Give All Your Friends the Feeling of Being Valued.” Steve Hordenski and his students definitely fit the ideology he was speaking about. Reflecting back on my memorable time in the Mile High City it’s great to see a group of people building their legacy based of the principles established years ago by the Gracie Family which reveals their true purpose for evolving not just in technical prowess and medal count but also with their character through the gentle art.

Grappling in the City of Angels