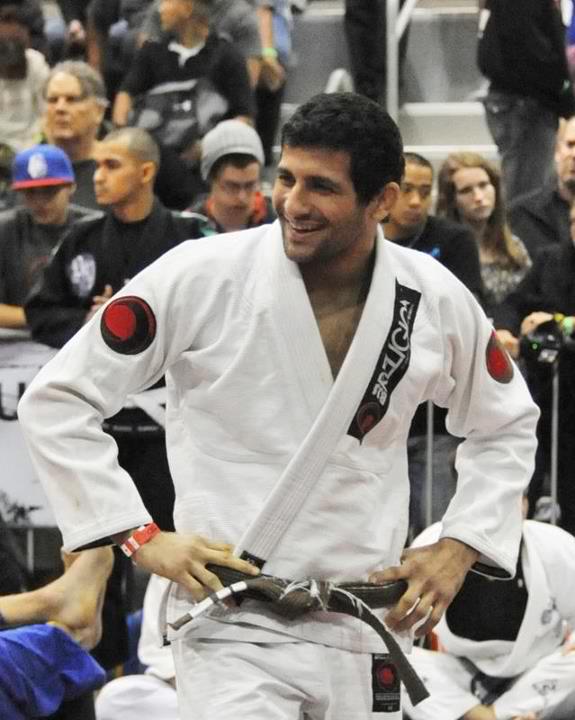 We have all heard the same BJJ rise-to-fame story. It usually consists of the same formulated components. Against the odds, rising through the grueling ranks. Competing in a multitude of tournaments and rising victorious countless times. The story usually stars a captivating human being who is Personality-rich, genuine and down-to-earth.

Those are only but a few of the many tournaments Benny has competed in, placing in every single one. Given the impressive record in the short amount of time he’s been training, many would say he’s a natural. But Benny disagrees entirely. His personal take on natural talent isn’t quite unheard of, but rare. “I have heard so many times, ‘this guy is talented he’s going to do great things’ and watched those guys fail miserably. Talent is a word used to separate people, but it’s completely bogus. Who decides who’s talented and who’s not? I moved up the ranks, because I work hard, show up to the gym with a goal and I pay attention. I’ve had so many guys come to me and ask about positions and details based on what they ask me. I can tell you who paid attention and who didn’t while I was teaching. Improving isn’t just about showing up and sweating, it’s about learning and finding the best way to apply what you have learned. What makes me who I am is my mentality towards BJJ. Michael Jordan was moved to JV in high school because he wasn’t tall enough, and people didn’t think he would get far.”

Going pro in MMA just two years after he began his training he holds a record of 3-0, two of which were won by submission.

As purple belt (two and a half years after he began training), Benny’s instructor was tragically involved in a near fatal accident. Benny, being called into action, was put in the position to step up and fill in for his professor, by instructing his fellow classmates. “I stepped up to teach, and took over most of the classes. I was really nervous at first, but all the students really encouraged me. I remember teaching the first day and I knew I did a crappy job, but everybody in the school came up to me and told me how good I was. It made me happy to know I had so much support. I may not be the best teacher/coach but I will support the students 100% whenever I can. I think it’s only fair.”

Most recently in Beneil’s Jiu-Jitsu career, he faced Kron Gracie for the second time, in the 2012 San Diego Abu Dhabi Trials in which he lost by a mere advantages which caused a bit of controversy. Although, to some who were watching, the referee’s decision to award Kron with the tying points allowing him to win by advantages wasn’t right. The position the two transitioned from, which rewarded Kron his points was a bit complicated. So confusion and debate on the referee’s decision is understandable, but not any less tragic.

Kron scored an advantage early on in the match by transitioning from Benny’s guard to almost getting a crucifix.

Knowing points then had to be made; Benny stood back up with Kron, pulled guard and was able to pull off a sweep, gaining two points.

With about a minute left in the match, Kron attempted to take Benny’s back, but was unable to get any hooks. Transitioning from his back, again to a crucifix position, Kron proceeded to attempt to attack with a choke.

Kron wasn’t awarded points for a take down due to committing to the submission attempt from the crucifix position, which nullifies any take down points.

Not being able to submit Benny with the choke attempt, Kron made another transition, finishing the crucifix position from bottom on top and was awarded the two points for a sweep and an advantage for the choke attempt.

The two points tied the match, allowing Kron to win by the advantages.

Many opinions say that the points for Kron’s take down shouldn’t have been awarded because the position they were in didn’t count as a sweep. The debate and controversy generated a little too much buzz than Beneil would have liked “I don’t really over-think it any more. It’s in the past, so I just gotta get back to training and move on.”

Fast forward to less than a month later, it’s Pans 2012. The brief yet potent anticipation of a fresh chance at another honor of great magnitude was ended as quickly as it came when Benny was disqualified from the tournament for coaching fellow friends and students, from the bullpen area where only black belts are allowed. “I had students competing and friends competing in the tournament on Thursday through Saturday. So I was in bullpen. I was able to sneak past security and coach my teammates and friends. I was warned on Friday once and I left. And Saturday I wasn’t planning on it. But I had a few friends who didn’t have any coaches and I wanted to be there for them, so I went back. I knew it wasn’t a good idea, but when you have your friends competing… Ah, I think I get more emotional when my friend’s compete than I do myself. I’m actually really calm when I compete, I feel at home when I’m competing. But when I see my friend’s compete, it’s not a good feeling. I get nervous. So they wouldn’t let me into the bull pen because I was not a black belt obviously, so I was screaming from the outside and I can tell my friend couldn’t hear me. So I thought to myself ‘All that’s standing between me and my friend is this security guard who couldn’t care less where I am.’ I don’t know, my brain at the time wasn’t working that well because I was nervous for my friend. So I just walked by him. He put his hand on my chest and I ignored it and just kept walking. I went to my friend’s match and started screaming. The security guard came over to me and asked for my I.D. card and I told him I didn’t have it and then he asked me to leave. I told him ‘Five minutes after the match is over I’ll leave.’ I kinda ignored him the rest of the time and after the match was over, I told him I’d leave the building. As I was leaving I was informed that I was disqualified from the tournament.”

The event that took place was brought much disappointment to Dariush’s fans. The idea of a fresh opportunity of another great honor like Pans, was all too exciting. But to have it extinguished by a disqualification of this kind is quite upsetting. Many Dariush fans felt he was cheated. But asking Benny himself how he felt about it, he only had to say, “No, I understand. It’s my fault for being there.” “It was against the rules. I just feel that rule, isn’t a good rule because there are brown belts and black belts that are coaches. It’s not just black belts that are coaching. There are brown belts who own their own school, there are purple belts that own their own schools. I think that sometimes we have to be lenient towards the students and the coaches. What if a guy only has his friend to coach and he’s a purple belt? What if the purple belt wants to coach? He can’t be there for his friends? I understand what they’re doing it’s just a tough situation. I don’t completely disagree with the rule, it makes sense, it’s good to have a coaching area. But I wish they would let us assign our coaches.”

I had one last question for Benny on the subject. One last question, which would allow me to round my point and express to you all the amount of genuine kindness in the up-and-coming fighter. I asked him, “Knowing now, how high of a risk of getting disqualified there is. Would you still have made the same decision?” He then replied to me with the answer I expected to hear from only the kindest of people. “If you put me in that situation again, the feeling I had when my friend was losing and I couldn’t help him. Yeah, I’d probably do the same.”

To any athlete, the risk of losing the opportunity to compete in a tournament is absolutely heartbreaking, especially to a Jiu-Jitsu fighter in a tournament renowned as Pans. Anyone who has been over their weight class will know, they will do absolutely anything in order to not be disqualified. Huge amounts of weight will be lost in unbelievably short amounts of time, putting themselves through grueling workouts just minutes before their match begins. All for a chance at the gold — the color that reflects the champion within. Giving up your opportunity, to better the chances of your friend, is quite a gesture, indeed.

So now, we’re in anticipation of this year’s World IBJJF Jiu-Jitsu Championship in May/June 2012. What is to come of the Men’s Middleweight Brown Belt Division? Will Dariush fans finally get to see him compete, unaffected by controversial referees’ decisions or technicalities? We can only wait in excitement.

Mixed Martial World: Bringing Martial Arts Back To the Roots