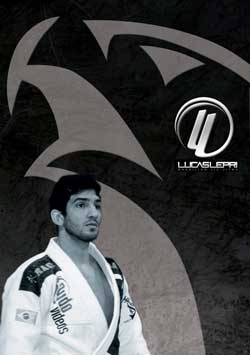 I started BJJ when I was 16 years old, but before that I used to do a lot of sports like Soccer, Swimming, Judo and Capoeira. I did Capoeira around 5 years, it is my passion like jiu-jitsu. All the things gave me motivation, but of different forms. Since I start my goal was to one day become a black belt world champion. Always I reconciled the training with my studies, so it was hard to keep both but I had a big dream, this what me motivated on. My family always gave me support to move on, even without sponsors, my family and friends helped me when I traveled. It was another motivation to keep going and become a champion one day. Read More >>

[social][/social][email][/email]When I took my brown belt I started teach. My first teacher came back to his hometown Rio de Janeiro. That time I started a new phase of my life. I love teach but I never when you teach and train like a professional become harder. On my town I did not have so many guys to train hard, I had two good partner Gabriel and Tiago, both helped me a lot, Gabriel now is world champion blue, purple and brown, I am very proud of him. Tiago has his academy, he is very good competitor also. We have to travel to Sao Paulo to learn and train hard with our team, that time was TT, with Terere and Telles. With so many difficulties to train, gave me more motivation to move on. When I trained in TT team I thought, one day I will be like Terere. But Terere was not just a champion inside the mat but outside too, he did so many good things that he became our hero.TT broke up, we moved to Alliance started another phase in my life too. We have been very welcomed by Fabio Gurgel and his students in Sao Paulo.

Below are some major titles on the black belt since 2007:

My first year at black belt I became World champion!! My dream came true….it gave me more motivation to keep going and get more titles. Right now, my motivation is to train hard to fight are my opponents, I train to beat them, it force me learn more with my team and students. When I see my students wining I stay very happy. I am motivated to train and teach every day, I love my job, my life. I love when I am going to the academy. I can not stay one day without go to there. My wife give me motivation to train, she make my food, always I am in diet so I need to eat health every day. Everyday also I say Thanks God for have health to train, to walk, to talk, to see, have good family, friends….I have very lucky, this is one more motivation to keep training and get more titles.