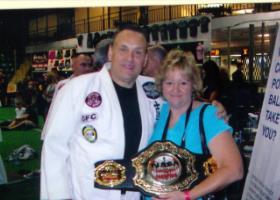 Washington DC NYE Rape by BJJ Grapplers of a Teammate