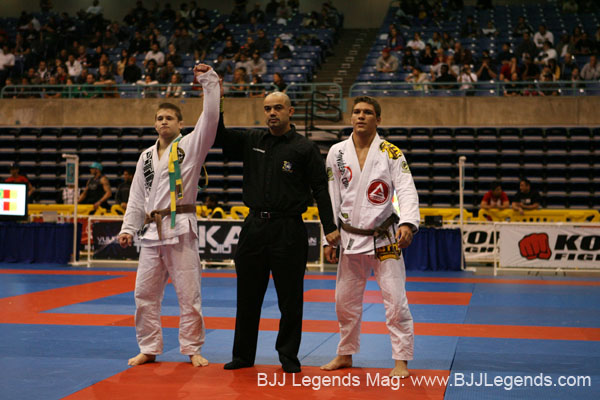 One of the latest debates in Brazilian Jiu Jitsu is whether or not it could become an Olympic event at the 2016 Games in Rio de Janeiro.

In order to qualify, the sport must meet certain criteria set up by the International Olympic Committee.

Unfortunately, Jiu Jitsu finds itself on the opposite end of several of these criteria. Probably the biggest obstacle for BJJ’s Olympic bid is the section of Image and Environment, defined as the sport’s ultimate image of credibility and equality in the public eye.

Let’s take the area of gender equality. While there is a growing number of top-level female competitors, they are still vastly outnumbered by their male counterparts. The numbers would have to even out a bit more in order to qualify.

[social][/social][einset][/einset]Judging has come under major scrutiny as well, simply because of the tendencies for faulty officiating. This alone has slightly tarnished the credibility of competition, and has led many major organizations to work hard on a solution.

BJJ scores very well in the areas of Environment and Cost, being that competition has little impact on its environment, and tournaments are run on low venue and operational costs.

Aside from the IOC’s actual criteria, BJJ also faces competition with its two closest cousins, Wrestling and Judo. Many claim that with these two ground fighting arts already in the Olympics, Jiu Jitsu is too similar. However, the idea of substituting BJJ with No-Gi Submission Grappling has been suggested, attracting interest because of its inclusion of all grappling styles instead of one specific art.

Of course, for Submission Grappling to be considered, it would also have to battle the politics of other martial arts vying for their place in the Games, as well as meet the IOC’s requirements.

Will BJJ ever make it to the Olympics? At this point in time, it seems that the sport it still too young and has many obstacles to overcome. But, given a few years, it will grow, and so will the chances of getting recognized by the IOC.

Besides, if Curling is in the Games, Brazilian Jiu-Jitsu will definitely have a chance.

Success Comes in all Shapes and Sizes