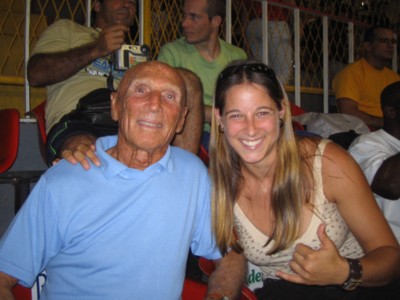 Helio Gracie, the father of modern Jiu-Jitsu, died on Thursday in the city of Itaipava, Rio de Janeiro. The BJJ master was 95 years-old.

Helio is the father of, Royce and Rickson
Gracie. Royce Gracie  (in the Winter Issue of BJJ Legends Magazine ) won the Ultimate

Fighter Championship (UFC) three times
between 1993 and 1994. Rickson is know as one of the worlds best Jiu-Jitsu masters today. Helio himself holds the record for the longest uninterrupted match, 3 hours and 40 minutes.

Gracie schools across the globe,
including the United States, Israel, Europe and Latin America, were closed Thursday in tribute to Helio’s passing.    Helio, in his later years noted that the sport became too commercial. To main-stream Jiu-Jitsu into a sport the evolution led to rules and timed rounds.

According to Gracie (quoted by www.news.cn ), “this favors the stronger, heavier and better trained
fighter. The Jiu-Jitsu that I created was designed to give the smaller and
weaker fighters a good chance at defeating their bigger and stronger
opponents”.